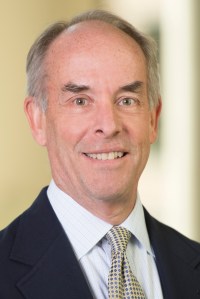 Different demographic groups think differently about scientific issues. For example, those more likely to think genetically modified food is unsafe include women, African-Americans and Hispanics, and those without college degrees. Those more likely to say parents should be able to decide whether to vaccinate their children include younger adults, Republicans and independents.

Public and Scientists’ Views on Science and Society

Despite broadly similar views about the overall place of science in America, there are striking differences between the public and scientists’ views on a host of science-related issues.

Networked Privacy in the Age of Surveillance, Sousveillance, Coveillance

Lee Rainie presents survey findings about how people navigate privacy in a networked world in their relationship with government, commercial enterprises and each other.

Social Media and the Cost of Caring

Online American workers say the internet and email are very important tools for doing their jobs, rating them higher in importance than landline phones, mobile phones, and social networking sites. Just 7% say the internet makes them less productive at work.

Will governments and corporations expand current tracking policies? Or will innovators create new ways for individuals to control personal information? Experts are divided on whether a secure and balanced privacy-rights infrastructure will be in place by 2025.

Americans Feel Better Informed Thanks to the Internet

87% of online Americans say the web helps them learn new things, and 72% say it improves their ability to share ideas. Most enjoy having access to more information, rather than feel overloaded by it.

The Next Library and the People Who Will Use It

Knowledge Sharing in the Networked World of the Internet of Things

At KMWorld Confererence, Lee Rainie shares the latest findings from Pew Research about the internet and puts it into organizational context with the expanding Inter­net of Things.

Experts believe nations, rogue groups, and malicious individuals will step up their assaults on communications networks, targeting institutions, financial services agencies, utilities, and consumers over the next decade. Many also predict effective counter moves will generally contain the damage.