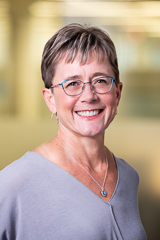 Presidential candidates were mentioned in over 350,000 comments in May, June and September 2015, with a high level of early interest in Bernie Sanders

About nine-in-ten Americans learn about the election in a given week. But they are divided on what type of news source – from television to digital to radio to print – they find most helpful.

Though the revenue involved and amount of content produced are nowhere near what comes through the more mainstream media, crowdfunding can help bring to reality work that might otherwise not see the light of day.

The number of journalism projects funded through Kickstarter has grown over time, totaling more than 650 projects and nearly $6.3 million by mid-September 2015.

News Coverage of the Papal Visit: Narrative Made Room for the Personal, Not Just the Political

An analysis of how 12 heavily visited U.S. news websites covered the pope's visit to America. The news narrative around Pope Francis’ visit to the United States drew heavily upon the Pope and the public as sources.

Americans are more likely to get news on Twitter and Facebook than ever before. Our new study explores the similarities and differences in the role of news on these two social networks.

The declining value of U.S. newspapers

Over the past two decades, major newspapers across the country have seen a recurring cycle of ownership changes and steep declines in value.

As the U.S. news industry faces a new mobile reality, how is it faring? From broadcast to print to ethnic and more, this year’s annual report on the state of the news media takes stock.