Even so, older men remain considerably more likely than older women to live with their spouse. In 2014, 67% of older men lived with their spouse (down somewhat from 73% in 1990). At the same time, the share of older adults who are divorced (and have not remarried) has grown since 1990. 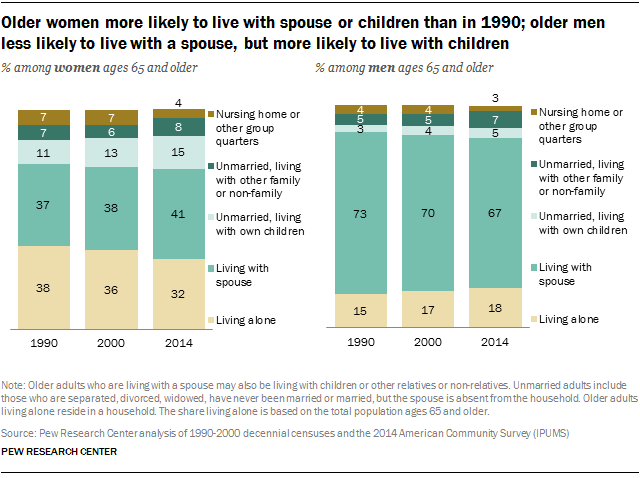 The increase in older unmarried adults living with their children is part of a larger trend in the rise of multi-generational households – and one that has fueled the decline in older adults living alone since 1990. 9 However, the increase in this living arrangement in recent years has largely been driven by young adults, ages 25 to 34.

This has been replaced by a variety of other arrangements, including living alone or with a spouse or children. Trends for those ages 65 to 84 are largely similar to those noted for all adults ages 65 and older in the previous section. 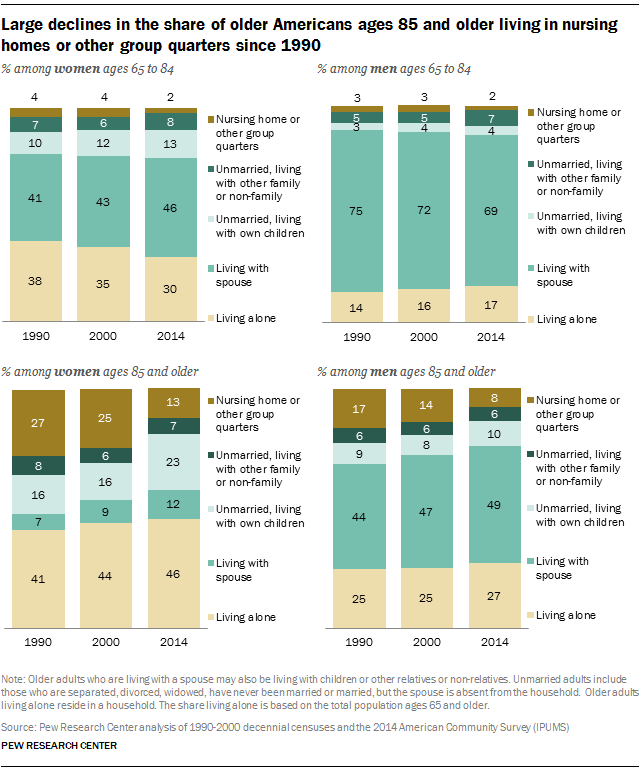