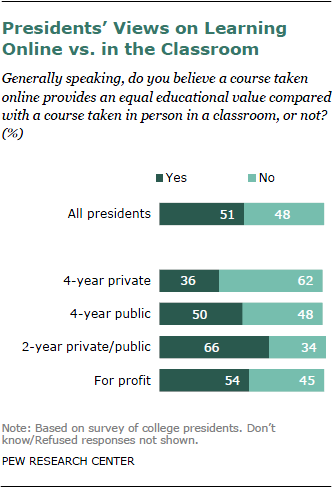 In addition to expanding access to educational opportunities through online learning, digital technology shows promise in revolutionizing other aspects of education. College texts are big business, with the higher education market estimated at more than $8 billion annually.6 But paper may be giving way to digital versions—whether consumed on a web page, a library’s ―e-reserves‖ or through an e-reader such as a Nook or Kindle. The advent of digital textbooks has already begun; digital textbooks make up about 3% of sales, according to the National Association of College Stores.7 And in July, Amazon announced the option to rent textbooks on the Kindle for as little as 30 days.8 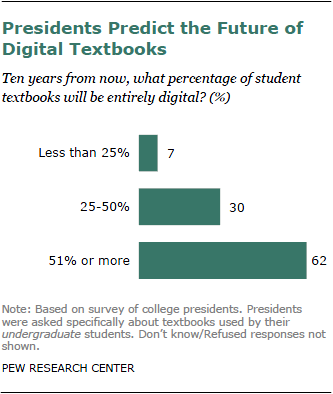 As more and more students own laptops and other portable computing devices, and as course texts migrate into digital environments, schools have a policy decision before them—allow laptops in the classroom for note-taking and e-textbook reading; ban their use during class time as an unwelcome distraction from learning; or allow instructors to make their own decisions about whether to allow the devices in class. Most colleges and universities have settled on a middle ground for the time being. A narrow majority of college presidents (56%) report that it is up to the instructor as to whether students can use portable computers during class. An additional 41% say that students are allowed to bring their laptops to class. And just 2% say their institutions prohibit laptops from the classroom. 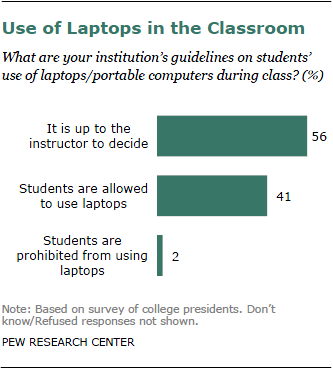 While technology has shown promise in expanding opportunities for distance learning and for creating less expensive and more interactive learning materials, it may also facilitate certain negative behaviors including plagiarism and cheating. When asked about plagiarism in papers among college students, the majority of college presidents (55%) say that it has increased in the past decade. Another large portion of presidents (40%) believe that it has stayed the same over the past 10 years. Very few college presidents (2%) believe that plagiarism has decreased over the past decade. 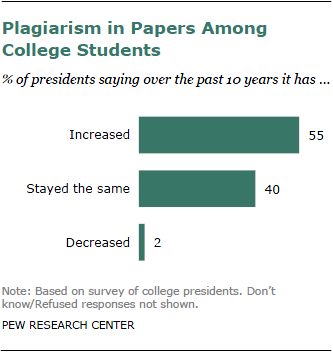 These findings are similar across different types of colleges and universities, nonprofits and for-profits, four-year and two-year institutions, community colleges, liberal arts colleges and research universities as well as across the spectrum of admissions selectivity. 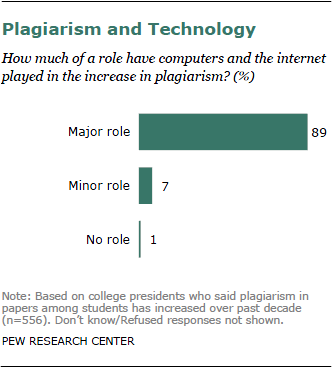 Next: III. College Presidents and Their Use of Technology
← Prev Page
Page1Page2Page3You are reading page4Page5Page6
Next Page →

The Digital Revolution and Higher Education Overview I. Online Learning
II. Educational Hardware and Content
Laptops on CampusPlagiarism and New Technologies
III. College Presidents and Their Use of Technology Appendix 1: Survey Methodology