At this very early stage of the general election campaign, the demographic patterns in preferences in recent elections are evident in the Trump-Biden contest.

Younger voters are more likely to support Joe Biden: 53% of those ages 18 to 29 favor Biden, compared with 30% who support Trump; a relatively large share of young voters (16%) support neither candidate or another candidate. Biden also leads among voters ages 30 to 49, while Trump has an advantage among voters age 50 and older. 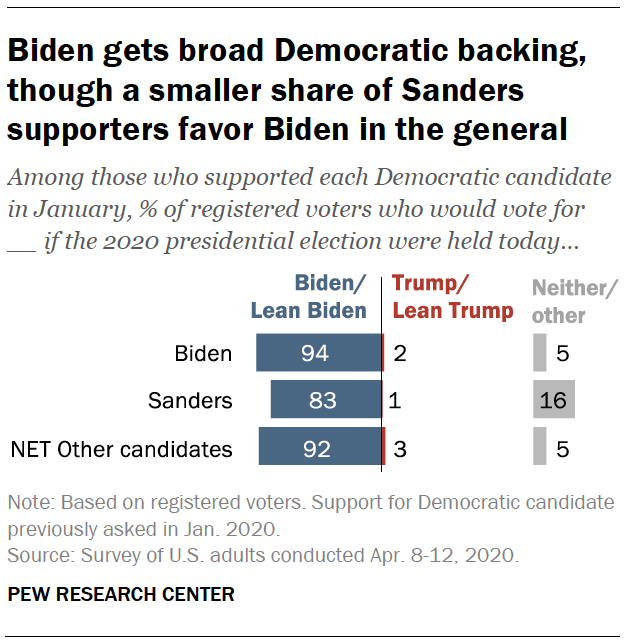 Republican and Democratic voters overwhelmingly favor their party’s candidate. Trump holds an early advantage in Republican-leaning states, while Biden has an even wider lead in Democratic-leaning states. In battleground states, neither candidate has an advantage (47% prefer Trump, while 45% favor Biden).

Biden draws somewhat less support among Democratic voters who, in a January survey, named Bernie Sanders as their first choice for the nomination (83%) than among those who originally preferred Biden (94%) or other Democratic candidates (92%). Nearly all of those who supported Sanders in the earlier survey and don’t currently back Biden in the general election currently say they don’t support either of the two major party candidates (just 1% of Sanders’ January supporters say they’ll vote for Trump).

With Joe Biden as the presumptive Democratic nominee for the 2020 presidential election, a majority of Democrats expect the party to rally behind him ahead of the general election in November. 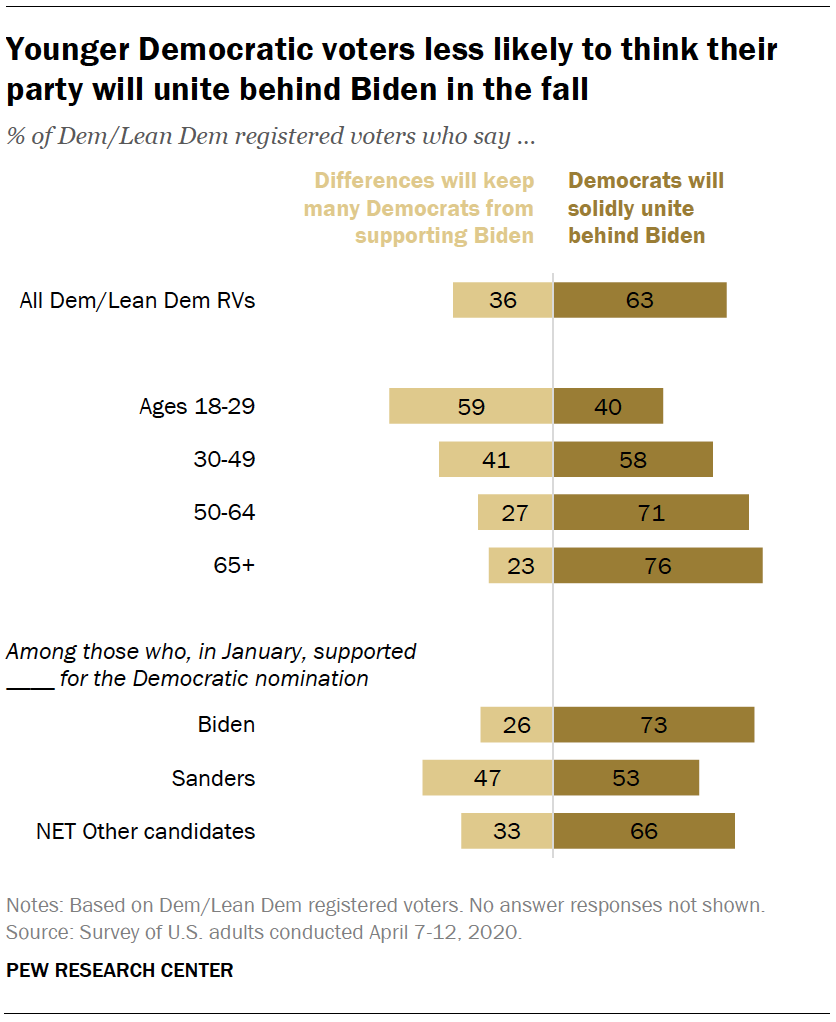 Although there are no significant racial, educational or ideological differences in the shares of Democrats who say their party will unite behind Biden, younger Democratic voters are far more likely than older voters to say disagreements will keep many Democrats from supporting Biden.

Democratic registered voters younger than 30 are the only group in which a majority does not expect their party to unite behind the presidential candidate: 59% say differences between members of their party will keep many Democrats from supporting Biden, while 40% say Democrats will solidly unite and back Biden. 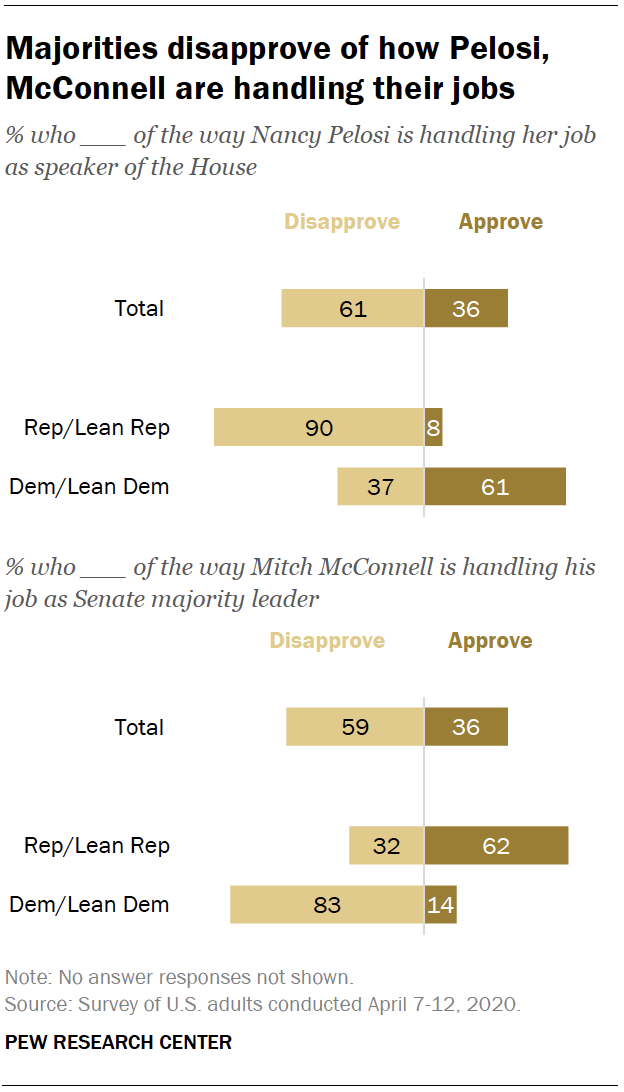 About six-in-ten Democrats and Democratic leaners (61%) approve of the speaker’s performance, while 37% disapprove. By comparison, Republicans and Republican-leaning independents overwhelmingly give Pelosi negative ratings, with 90% saying they disapprove (just 8% say they approve).

Next: Methodology
← Prev Page
Page1Page2Page3You are reading page4Page5Page6
Next Page →

Most Americans Say Trump Was Too Slow in Initial Response to Coronavirus Threat 1. Trump’s handling of coronavirus outbreak 2. COVID-19 and the country’s trajectory
3. The 2020 election and Congress
Views of congressional leadership
Methodology Appendix