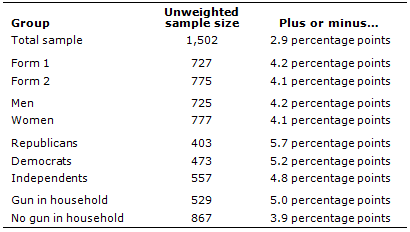 Note that the individual gun policy questions on this survey (Q42) were each asked only of about half of respondents (one form); as a result, the margin of error for those questions is about double than for questions asked of the entire sample. Sample sizes and sampling errors for other subgroups are available upon request.