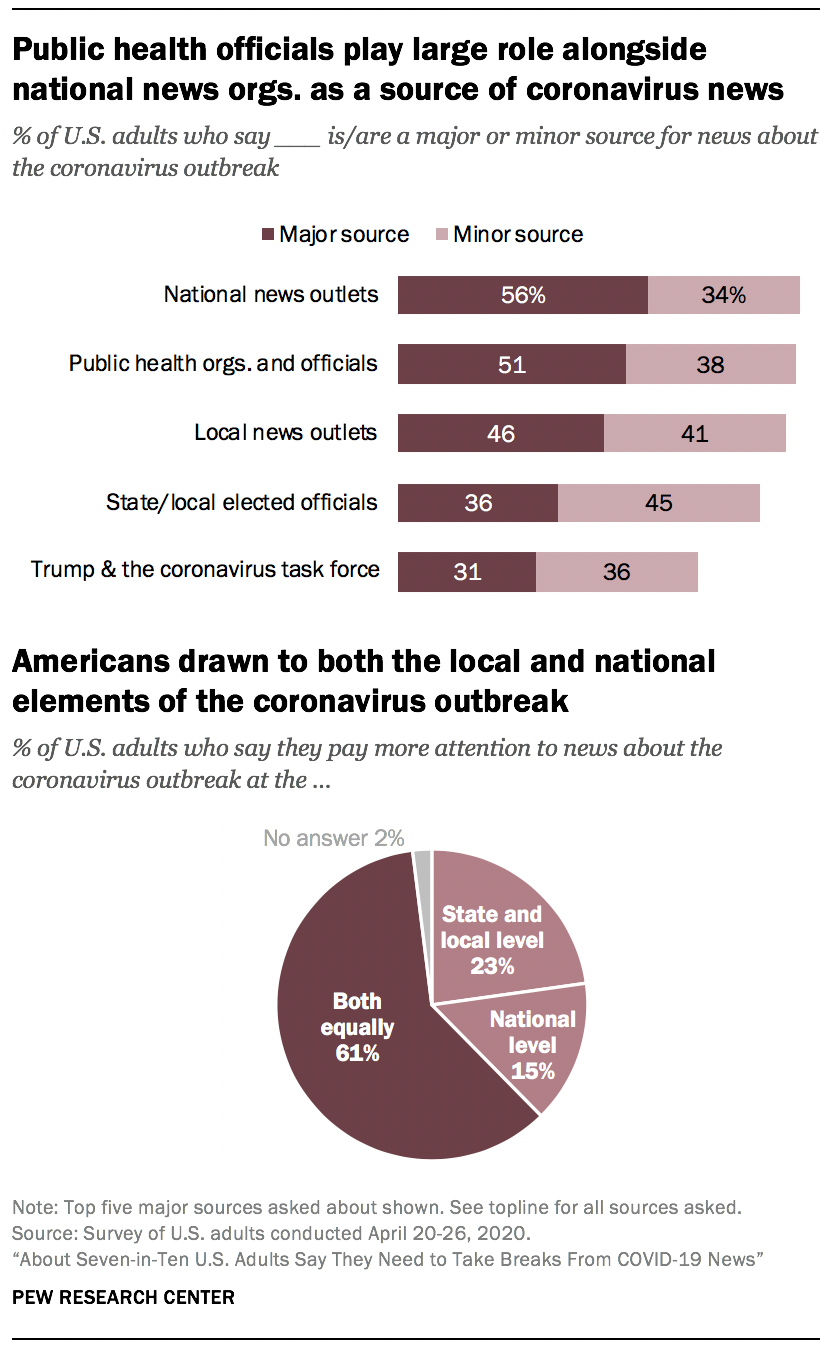 Americans continue to pay close attention to news about the coronavirus outbreak both nationally and locally. In doing so, they rely on a broad mix of media, government and other providers of news, according to a new Pew Research Center survey conducted April 20-26, 2020, of 10,139 U.S. adults who are part of the Center’s American Trends Panel.

But the continuous news churn has had an impact. A majority of Americans say they need to take breaks from it, many say it makes them feel worse emotionally and half say they find it difficult to sift through what is true and what is not, according to the survey, which is a part of the Election News Pathways project.

About nine-in-ten Americans (87%) are following coronavirus news fairly or very closely, a figure roughly on par with surveys conducted in March. In getting this news, more than half the public (56%) says national news outlets are a major source, and nearly as many (51%) say this of public health organizations and officials. 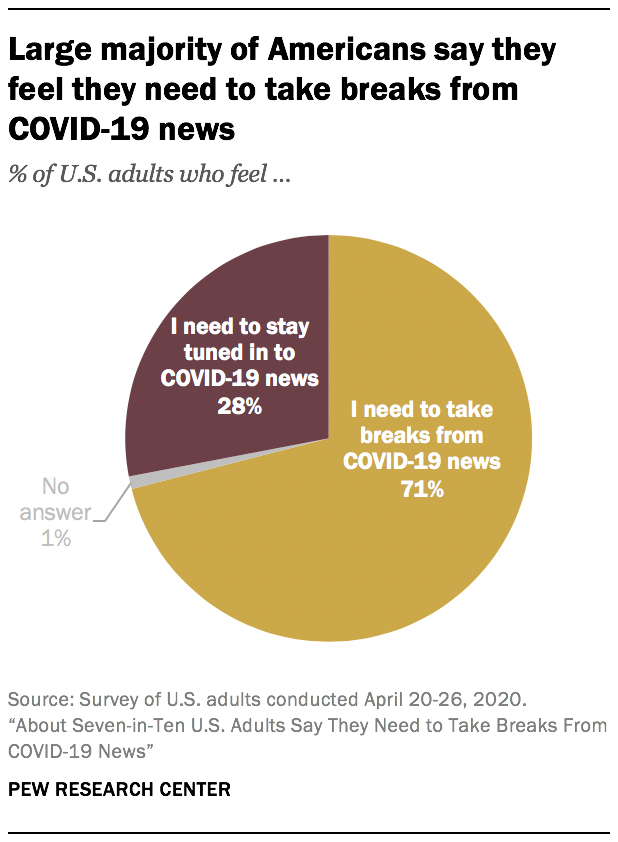 But it can be difficult to stay focused on this life-disrupting crisis. About seven-in-ten Americans (71%) say they need to take breaks from news about the coronavirus, and 43% say the news leaves them feeling worse emotionally. Half of Americans say they find it difficult to determine what is true and not true about the outbreak, while 49% say they find that task easy. And close to two-thirds of adults (64%) say they have seen at least some news and information about the coronavirus that seemed completely made up. 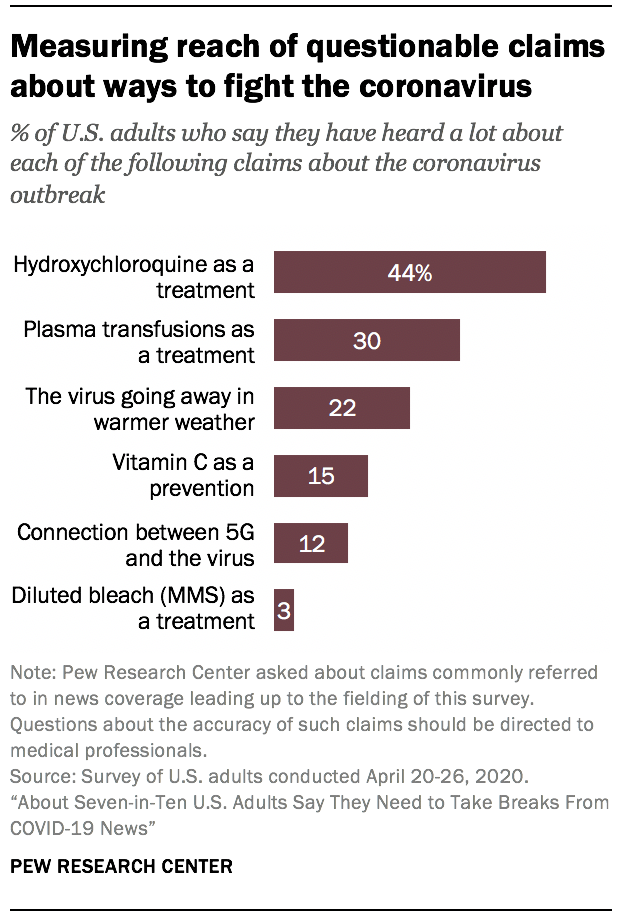 Within the rapid flow of news and information has been a stream of claims about COVID-19 – some with spotty evidence, some closer to speculation and still others deemed by experts to be actively dangerous. The survey asked about six of these purported treatments or causes to get a sense of how widely they had reached across the United States. Of the six, Americans were most likely to be familiar with the claim that use of the anti-malaria drug hydroxychloroquine could be useful in treating the virus: 44% have heard a lot about this.

More broadly, 59% of Americans say at-home treatments for serious cases of the coronavirus are not too or not at all effective; 38% say they are somewhat or very effective.

Americans did express a fair amount of knowledge about some of the basic elements of one of the first actions taken by the federal government to help limit damage from the economic downturn: the CARES Act, signed into law by President Trump on March 27. About nine-in-ten (91%) know the bill includes $1,200 for many American adults, about half (51%) identify the amount of money with the aid package as either $2 trillion or $2.5 trillion and nearly two-thirds (64%) know it increased unemployment benefits.

Still, there is confusion about what else might and might not be in the fast-moving legislation. While 52% know the bill does not include federal aid for undocumented immigrants, another 40% aren’t sure and 7% think it does. Few Americans (8%) incorrectly say the bill included pay raises for members of Congress, but 54% say they are not sure. Most U.S. adults (56%) also say they are unsure whether the bill placed restrictions on aid to businesses owned by Trump, which it does.

These findings are a part of Pew Research Center’s yearlong Election News Pathways project. You can find all the data from this report in the Pathways data tool, analyze it alongside other data points and even download the entire dataset.

Next: 1. Americans are turning to media, government and others for COVID-19 news
← Prev Page
You are reading page1Page2Page3Page4Page5Page6
Next Page →