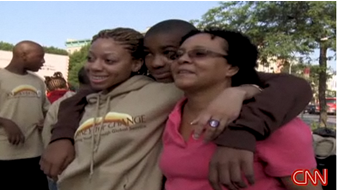 With most of the coverage about African Americans fueled by individual newsmakers, what kind of coverage emerged about the population of African Americans in general? Which media tended to produce these kinds of reports, and what sorts of themes and images emerged?

Overall these stories painted a downbeat picture of the state of African Americans in this county, mostly tied to health care or the economy. There was also a smattering of more uplifting coverage about individual stories of success.

Two outlets, CNN and the Washington Post, released special series about African Americans during the time period studied.  CNN aired Black in America 2 from July 22-23 2009, a sequel to its summer 2008 program that also examined the African American experience and looked at difficult issues facing the community. The Gates arrest, it turned out, came shortly before the series launched and redirected some of the on-air discussion and interview segments. Separately, though, CNN aired other packages focused on this population as well.

The Washington Post series drew attention to some of the more discouraging statistics in African American life today.  The four-part series, Wasting Away, examined the “squandering of D.C.’s AIDS dollars” in Washington, DC’s predominantly African American neighborhoods from October through December 2009.  Online, this series provided interactive breakdowns of where the money went, videos on the city’s AIDS crisis, and discussions about the AIDS crisis, focusing on African Americans. 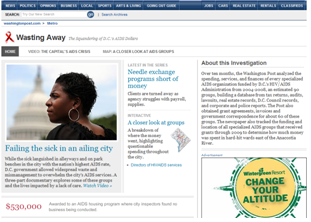 Other stories that displayed the struggles and challenges of this population included several from CNN, separate from the Black in America 2 series. One was on budgeting for historically black colleges and universities, another on the disparity between blacks and whites in unemployment and poverty levels, two stories about the killing of children in Chicago, and several on racism throughout the country.

On evening network television, there were several stories on health issues facing this population. NBC aired a story about high rates of HIV, CBS on colorectal cancer and ABC on higher breast cancer rates among African Americans.

Morning network television did not cover the lives of average African Americans much at all, whether in a positive or a negative light.

Although not as common, there were some stories that put a more positive outlook on the lives of African Americans today.

A May 3, 2009 New York Times article examined differences in race relations in light of the Obama Administration through interviews with African Americans.

“In dozens of interviews in seven states over the last several days, black men and women…said they were feeling more optimistic about race relations than even a year ago, when Mr. Obama emerged as a serious presidential contender after a strong of primary and caucus victories.  Many whites said they were feeling better, too, expressing an invigorated sense of openness toward people of other races.  Yet no one claims that racial prejudice has disappeared.”

CNN and NBC Nightly News both aired segments honoring Jackie Robinson 62 years after he broke the race barrier in baseball. Other more optimistic stories on evening network news included the unveiling of Disney’s first African American princess and the election of the first African American mayor in Philadelphia, Miss. – a city with a history of racial violence.

NBC Nightly News also aired a story about the once crime-riddled community of Miami Gardens, Fla. that worked to become a more peaceful town as well as entrepreneurs trying to clean up a crime-ridden area of Newark, N.J to build affordable homes.  And several news outlets covered Philadelphia, Miss.’ swearing in of its first black mayor.

CBS Evening News singled out individual black achievements such as in an April 9, 2009 story about a group of students from Howard University who went to Chicago on an alternative spring break trip in an effort to introduce Chicago’s youth to success stories – college-educated youth emphasizing the choice of dialogue over violence. 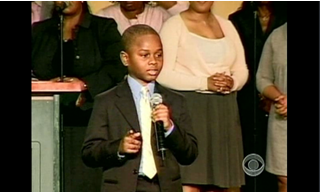 The program also aired two stories in October 2009 about African American youth making a difference.  One story focused on a sixth grader’s crusade to stop the use of the n-word in the African American community and the other was about a young African American entrepreneur who sold t-shirts with positive messages.

And there were a few stories about racial tensions, like a Los Angeles Times piece on January 28, 2010.  This story focused on a small Nebraska town where Mexicans, Somalis and Sudanese work together in a meatpacking plant and touched on both struggles and a sense of progress.

These stories, however, were not the norm, and the picture they offered about life for blacks in America generally portrayed economic disparity.