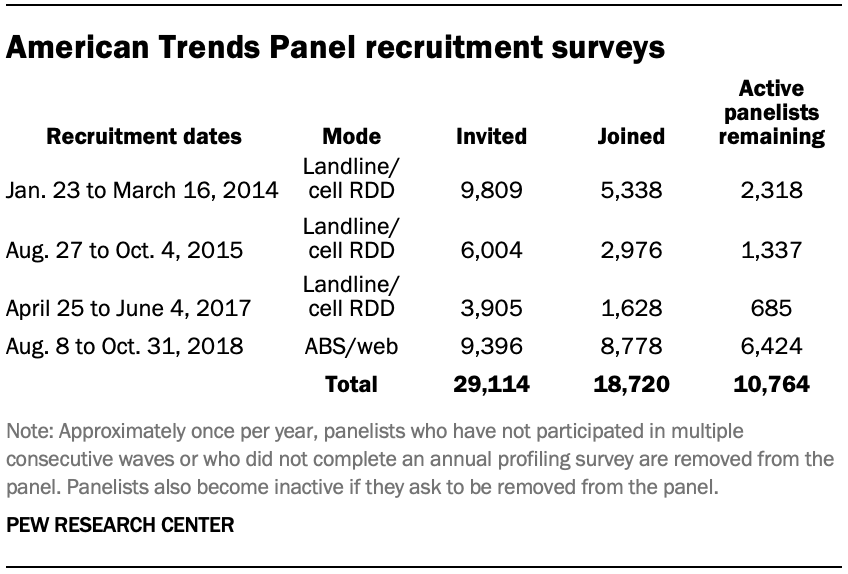 Data in this report is drawn from the panel wave conducted Oct. 16 to Oct. 28, 2019. A total of 4,860 panelists responded out of 5,887 who were sampled, for a response rate of 82.6%. This includes 4,458 from the ATP and an oversample of 1,429 respondents sampled from the Ipsos KnowledgePanel that previously indicated that they identify as lesbian, gay, or bisexual (LGB). This does not include three panelists who were removed from the data due to extremely high rates of refusal or straight-lining. The cumulative response rate accounting for nonresponse to the recruitment surveys and attrition is 5.3%. The break-off rate among panelists who logged on to the survey and completed at least one item is 1.2%. The margin of sampling error for the full sample of 4,860 respondents is plus or minus 2.1 percentage points.

The U.S. Postal Service’s Delivery Sequence File has been estimated to cover as much as 98% of the population, although some studies suggest that the coverage could be in the low 90% range.6

The ATP data was weighted in a multistep process that begins with a base weight incorporating the respondents’ original survey selection probability and the fact that in 2014 and 2017 some respondents were subsampled for invitation to the panel. The next step in the weighting uses an iterative technique that aligns the sample to population benchmarks on the dimensions listed in the accompanying table. For this wave, an additional weighting parameter was added to adjust for oversampling LGB-identifying respondents. 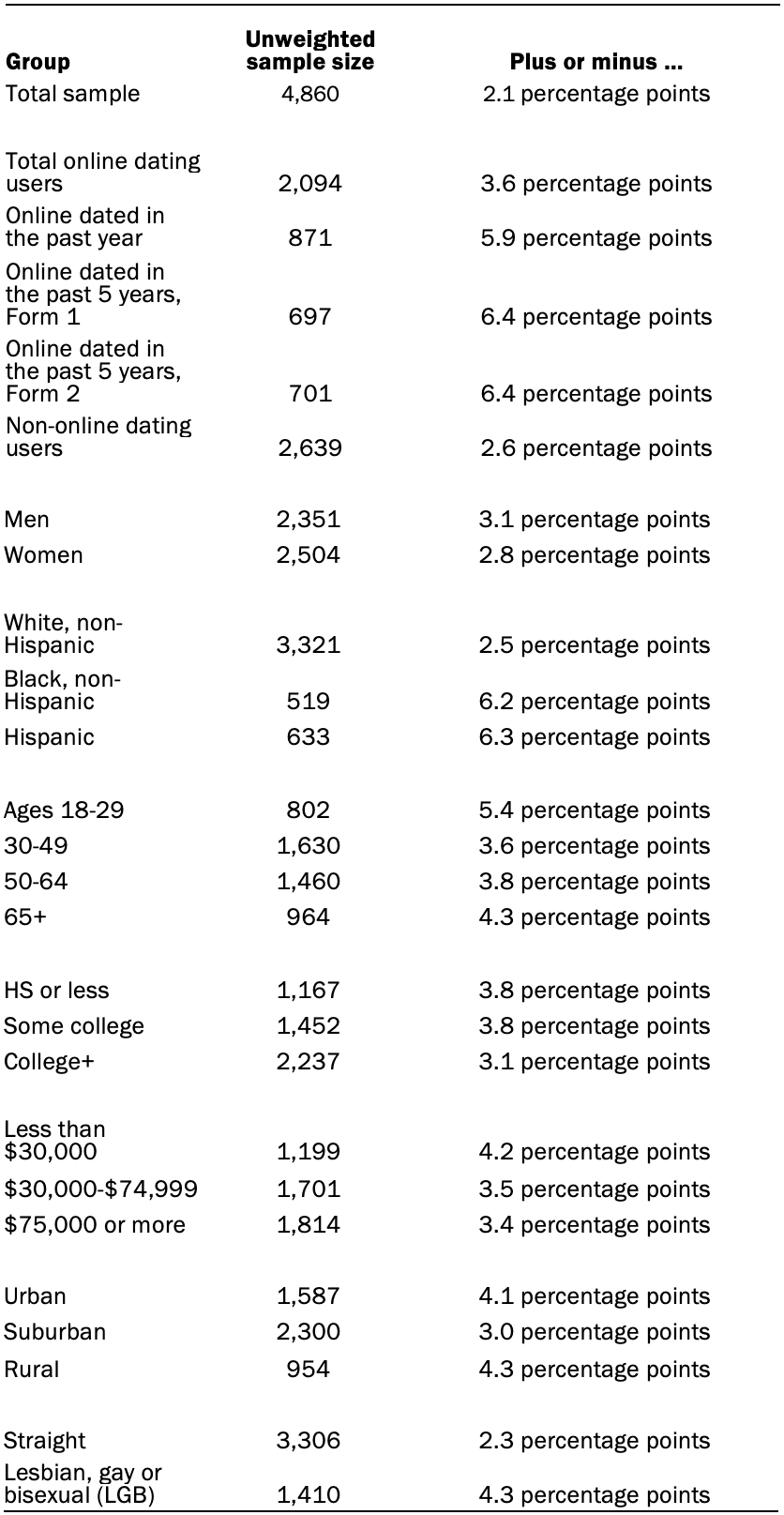