For the second time in a survey of adults, we asked in our spring 2012 survey about “sexting” behavior — that is, sending, receiving, or forwarding suggestive photos or videos of oneself or another person using one’s cell phone. Overall, the number of adults who engage in this behavior is identical to what we found the first time we asked these questions of adults in May 2010:

Compared with 2009 data collected among cell phone owners ages 12-17, adults are equally likely to say that they have received as well as sent these types of images — some 15% of teen cell owners have received “sexts” on their cell phone, while 4% of teens have sent one of themselves.1 We have not asked teens whether or not they have forwarded this type of message to someone else.

In terms of demographic differences, age is by far the strongest predictor of sexting behavior. Younger adults in general are much more likely than their elders to engage in sexting, although the youngest cell owners do not lead the way—the peak in this activity actually occurs among those in their mid-20s to mid-30s. Although a small number of older cell owners have received these types of images, sending or forwarding is nearly non-existent for cell owners ages 45 and older. 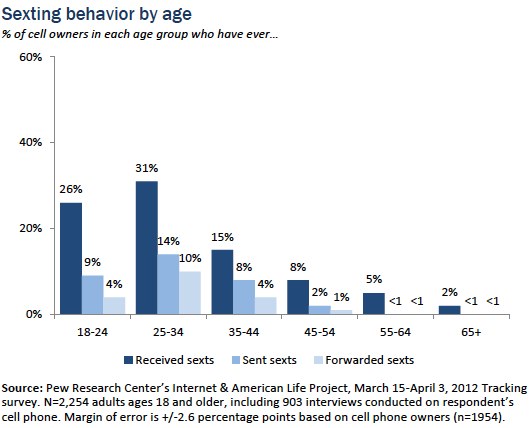 Beyond these demographic differences, the type of phone people have — and the role that mobile device plays in their online life — is also associated with whether or not they engage in sexting behavior. Specifically, smartphone owners are significantly more likely than non-smartphone owners to engage in each of these behaviors. Some 21% of smartphone owners have received a sext (compared with 8% of non-smartphone owners), 9% have sent a sext (vs. 3% for other cell owners) and 5% have forwarded one (just 1% of other cell owners have done this). Even more than smartphone owners in general, the 17% of cell owners who do most of their online browsing on their cell phone stand out when it comes to sexting behaviors. Some 35% of these “cell mostly” internet users have received a sext, 14% have sent a sext themselves, and 8% have forwarded a sext to someone else.

In our spring 2012 survey we asked a series of questions about activities that people might do on their cell phones, modeled on our “what internet users do online” trend questions. The following table shows how many cell owners ever do these activities, as well as how many do them on a typical day. 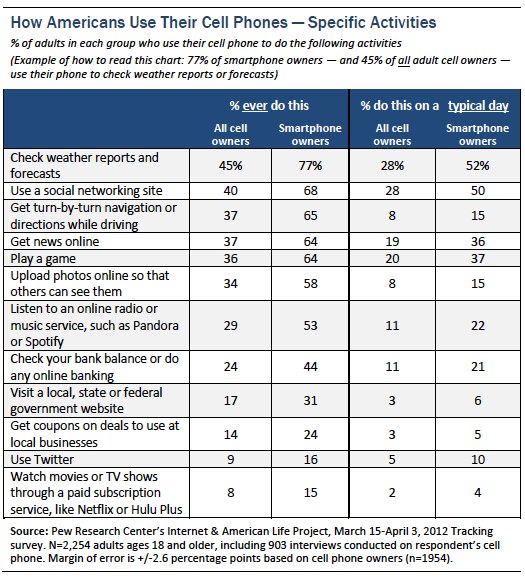 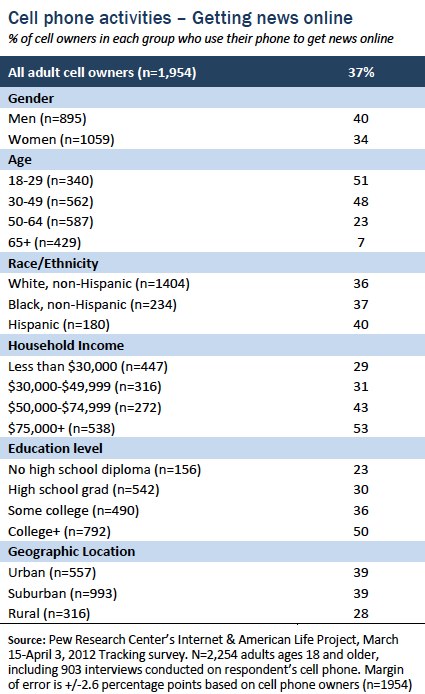 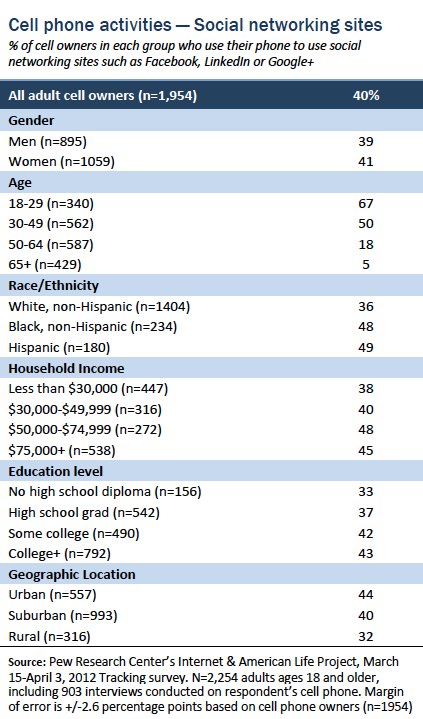 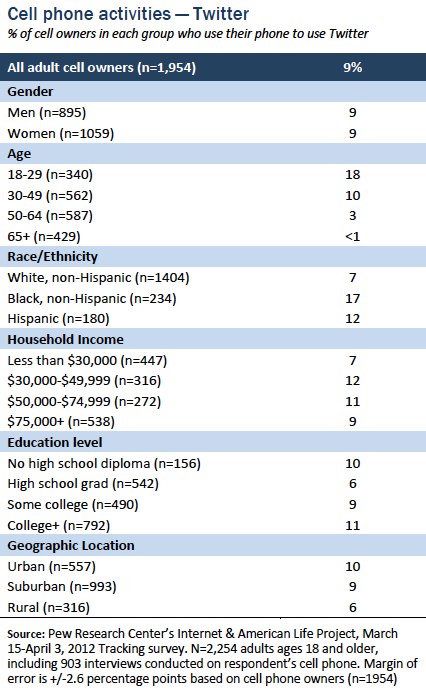 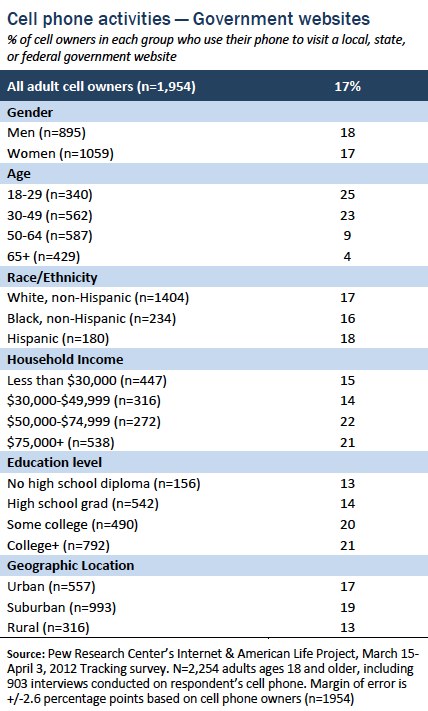 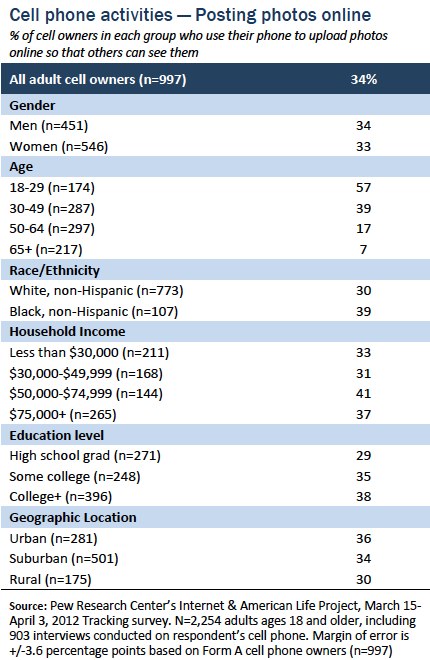 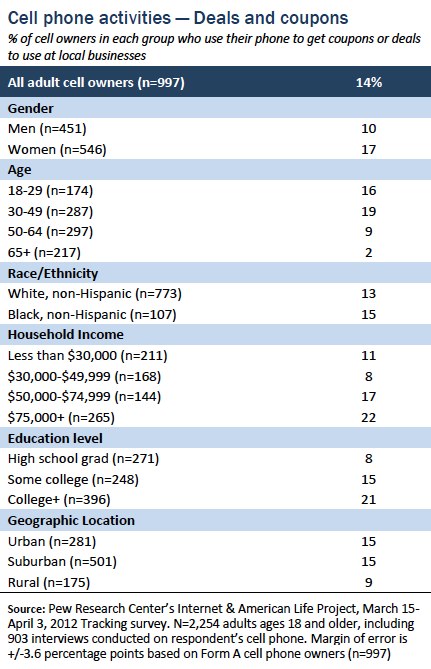 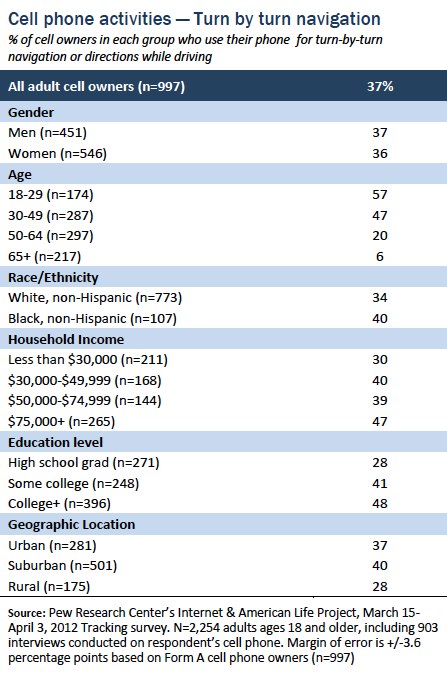 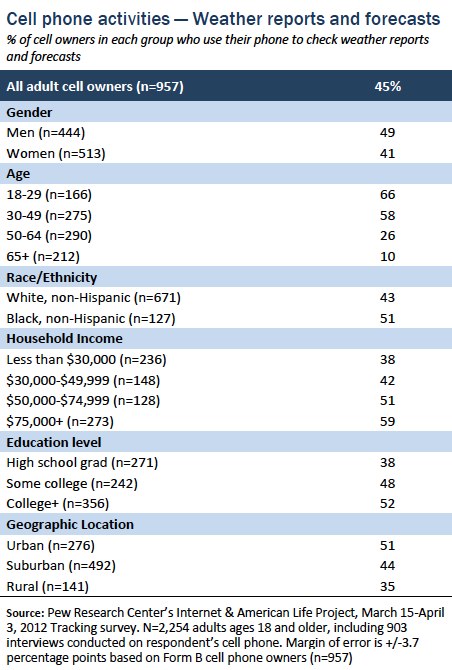 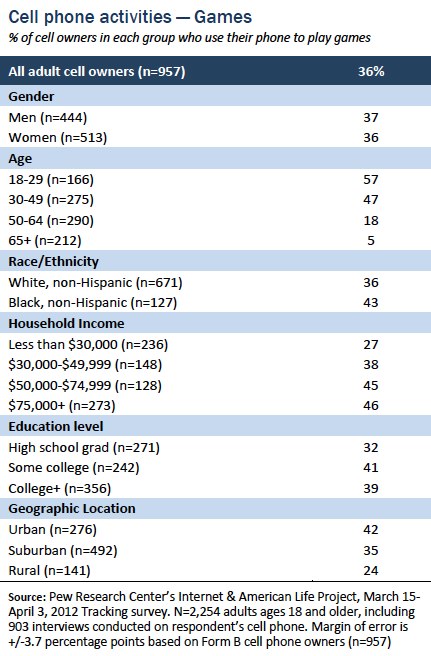 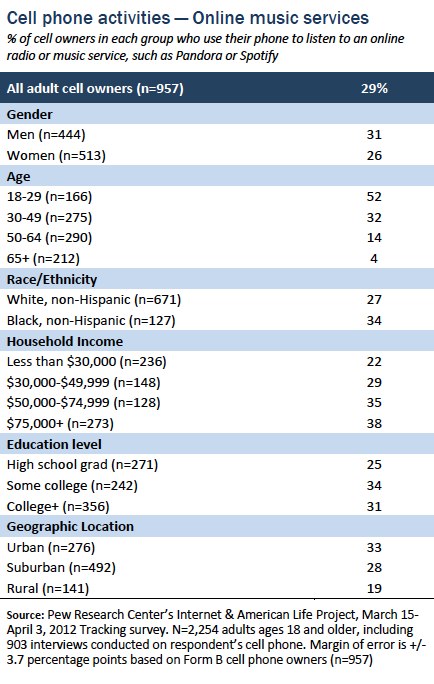 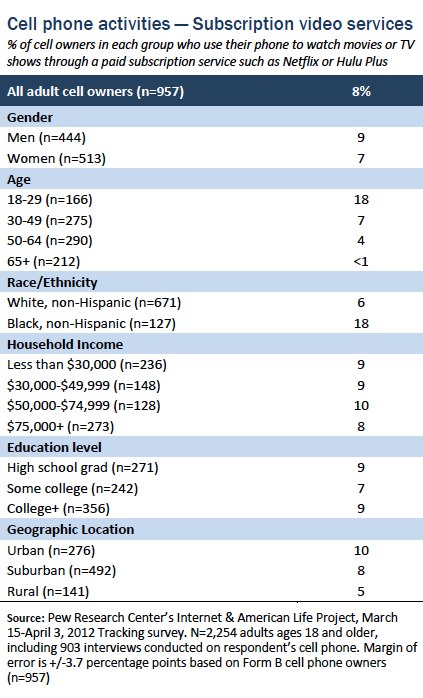