Using the internet, email, or apps (9% of cell owners say that this is the thing they like most about their phone) and connecting with family (8%) also place relatively high up on the list of things people like most about cell ownership.

When it comes to negative aspects of mobile phones, people least enjoy the following elements of cell phone ownership:

Problems with battery life or needing to recharge frequently (8%), as well as interruptions from telemarketers and other unwanted callers (8%) rounded out the top five things that cell owners like least about their mobile devices. The full list of responses is outlined in the table below: 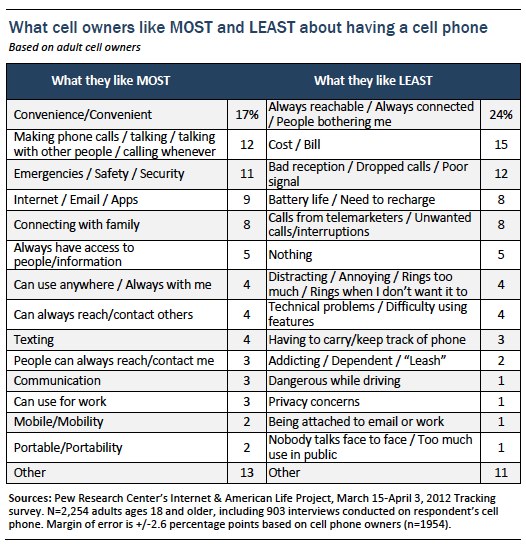 These differences between smartphone and non-smartphone owners are intertwined with the age profile of those who use each type of phone. Older cell owners (who tend to have more basic devices) are especially likely to say that they appreciate the convenience of their cell phone and its utility in the event of an emergency: one-quarter of cell owners ages 65 or older cite each of these factors as the thing they like most about their cell phone. Younger cell owners, on the other hand, are more likely to say that the best thing about owning a cell phone is the ability to use the internet, email, or apps, or to use text messaging. 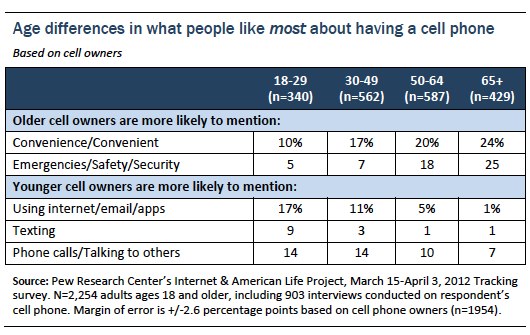 Some other demographic differences on this question include: