When asked generally about how they communicate with people in their lives – not just about their friends, but about all kinds of people – teens point to text messaging as the dominant daily mode of communication. Among all teens: 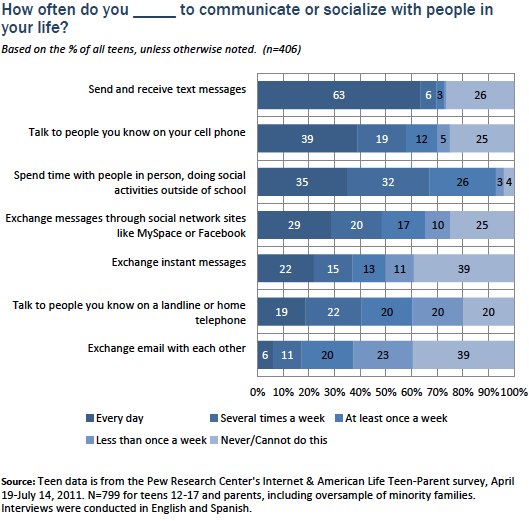 How communication with friends has changed over time7