Three groups of internet users are mainly responsible for driving the growth of this activity: social network website users, those who connect to the internet via mobile devices, and younger internet users – those under age 44. 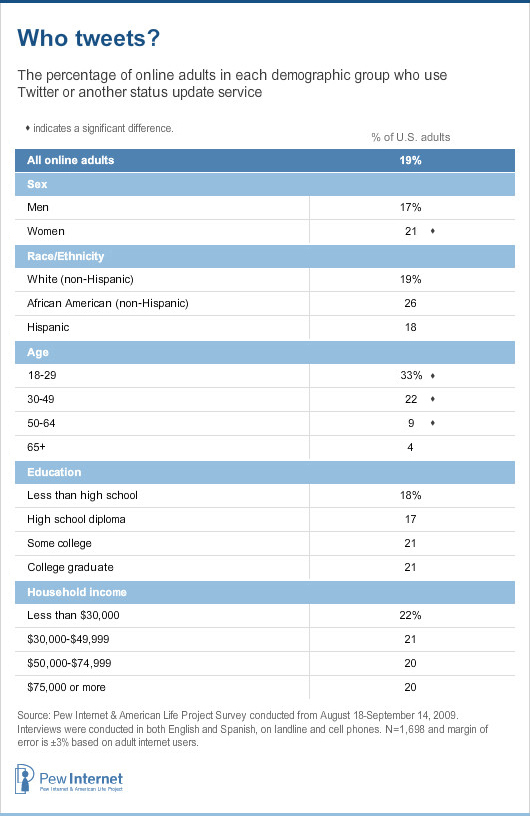 Statistical analysis of the Pew Internet Project’s September 2009 survey data shows that internet users who use social network sites are more likely to use Twitter or another status updating service, independent of other factors such as that group’s relative youth or propensity to go online via mobile devices.2 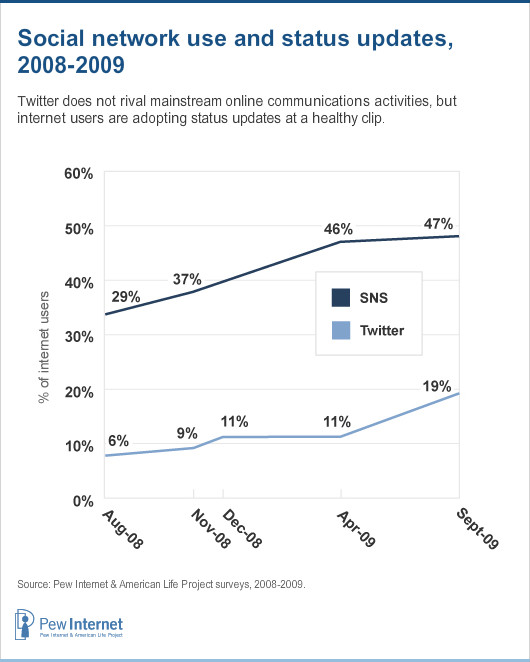 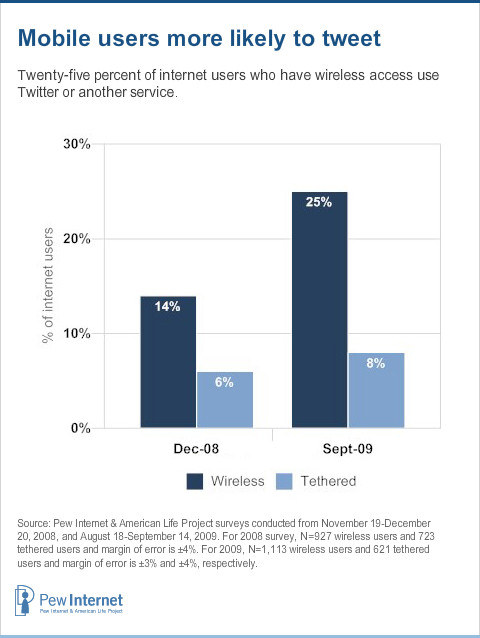 Statistical analysis also shows that wireless access is an independent factor in predicting whether someone uses Twitter or another status update service.  It is not simply because this group is likely to be young or tech-savvy.  Owning and using a wireless internet device makes an internet user significantly more likely to tweet.

In April 2009, the Pew Internet Project asked wireless internet users why they value their mobile connections.3 Not surprisingly, Twitter scratches an itch among mobile internet users to stay in touch with other people and to share or post content online. 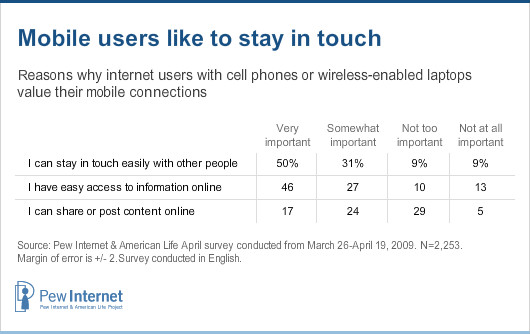 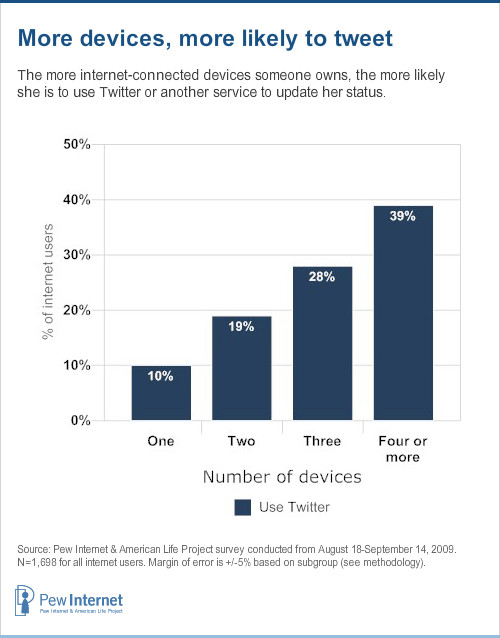 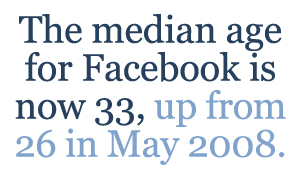 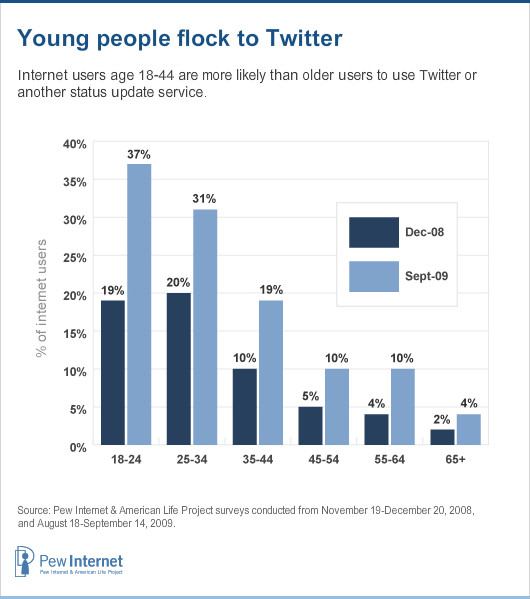 Twitter has attracted the attention of other researchers, who find that it is a widening network with as many listeners as contributors:

It will probably become more difficult to track status updating as an independent activity as social network updates feed into Twitter and vice versa. For now, it is clear that a “social segment” of internet users is flocking to both social network sites and status update services. This segment is likely to grow as ever more internet users adopt mobile devices as a primary means of going online.

Twitter and Status Updating, Fall 2009
One in five internet users are now on Twitter or another status update service
Methodology