20% of internet users look online for information about experimental treatments or medicines. 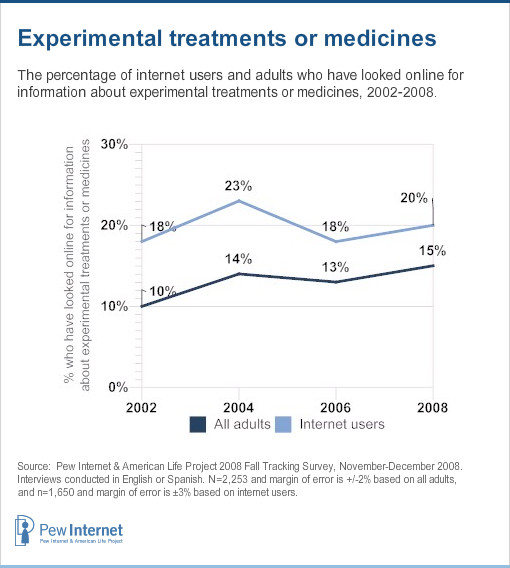 Nearly all demographic groups are about equally likely to look for experimental treatment information online.

The only demographic group that showed a significant increase in the percentage looking online for information about experimental treatment were those in households making $50,000-$74,999. In 2002, 14% of this mid-upper income group looked into experimental treatments online, and in 2008 over a quarter (26%) did so. 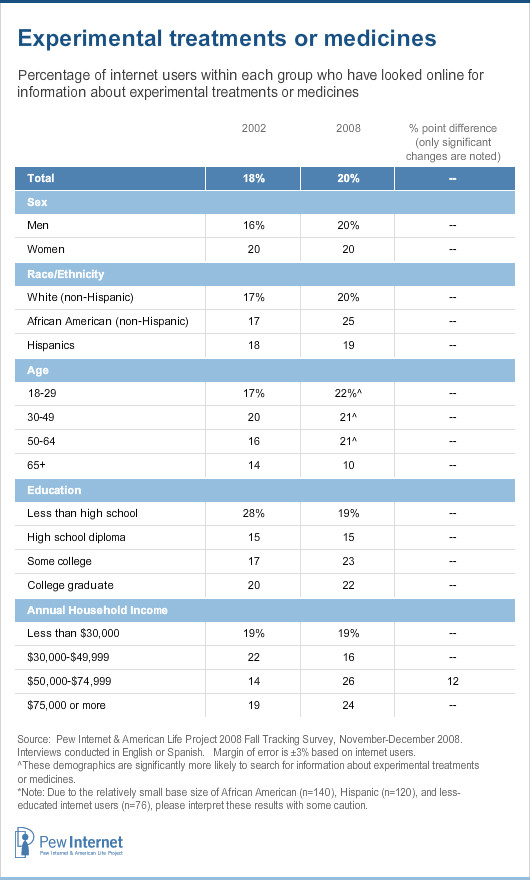 Adults seeking experimental treatment information are much more likely to also look for information about both prescription or over-the-counter drug and alternative treatments or medicines. 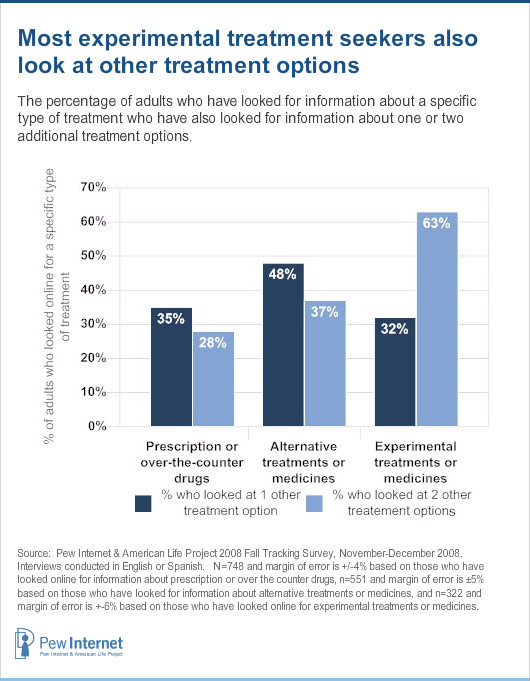 Next: How to stay healthy on a trip overseas
← Prev Page
Page10Page11Page12Page13Page14Page15Page16Page17You are reading page18Page19Page20
Next Page →