35% of internet users look online for information about alternative treatments or medicines. 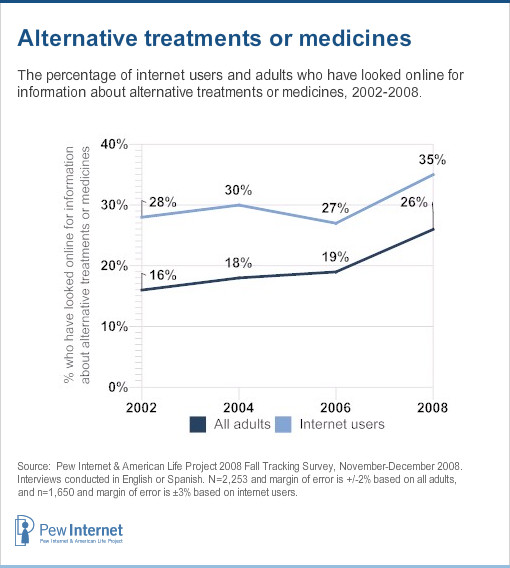 Women are significantly more likely than men to look online for alternative treatments and medicines (37%, compared with 31%). 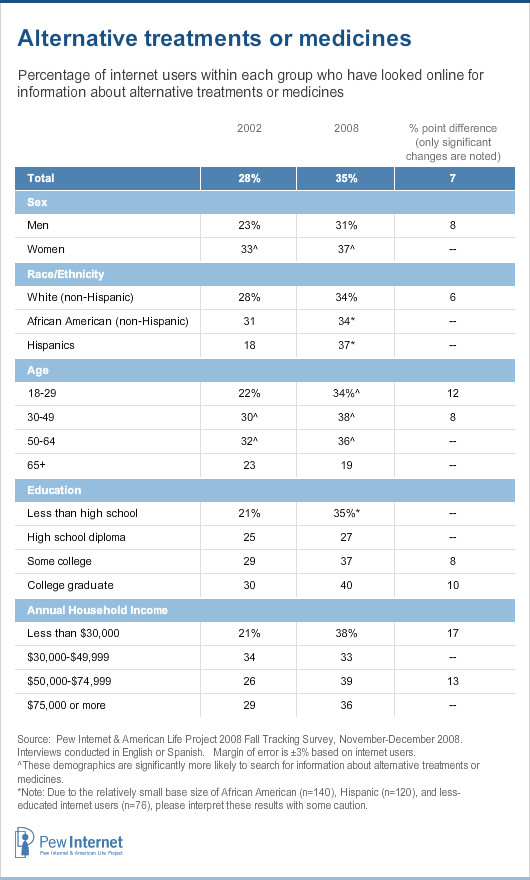 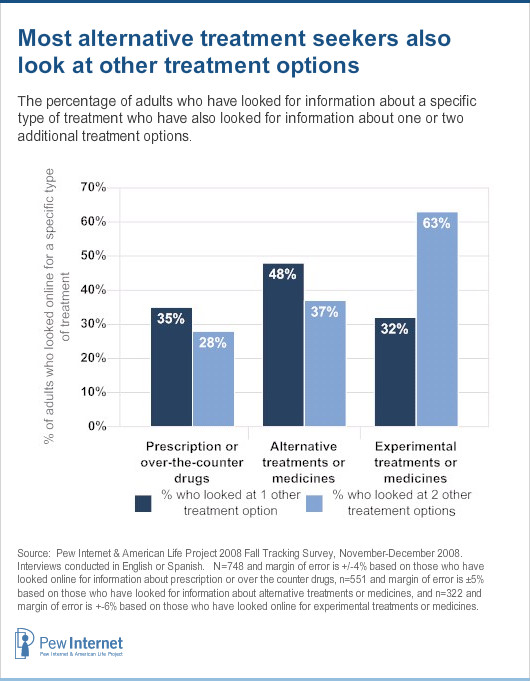 MobileSocial NetworkingSocial MediaHealthInformation SeekingHealth CareLifestyle
Defining generations: Where Millennials end and Generation Z begins
25% in U.S. see at least some truth in conspiracy theory that COVID-19 was planned
Are you in the American middle class? Find out with our income calculator
Americans Who Mainly Get Their News on Social Media Are Less Engaged, Less Knowledgeable
Americans Fault China for Its Role in the Spread of COVID-19