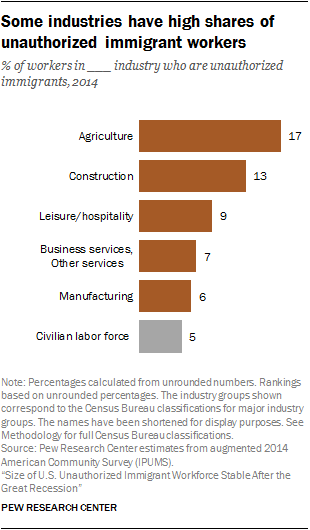 Unauthorized immigrants are unevenly distributed across some industrial sectors and occupations in the U.S. economy. Compared with their 5% share of the overall civilian workforce, they are a higher share in some types of employment and a lower share in others. They tend to cluster in sectors and occupations that offer low-skilled work, due in part to their low educational attainment and the limitations placed on employment by their legal status. However, in all sectors, there are more U.S.-born workers than unauthorized immigrant workers. (See the table here for data on workers’ status by major industry.)

Unauthorized immigrants are somewhat overrepresented in the leisure and hospitality sector, where they made up 9% of the workforce in 2014. In this sector, though, they were a lower share of the workforce than both U.S.-born employees (79%) and lawful immigrant employees (12%). 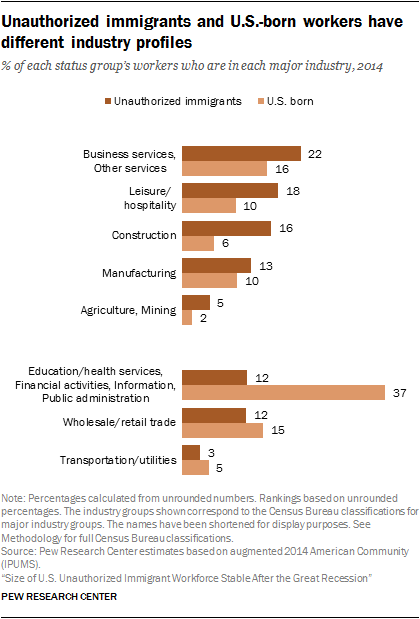 In 2014, the agriculture and mining industries employed only 5% of all unauthorized immigrant workers, but that is higher than the share of U.S.-born workers (2%) who held jobs in that industry.