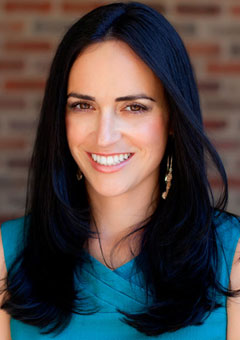 The U.S. will soon be a minority-majority country, a demographic change that is fueled by Latino population growth. What do patterns of Latino ethnic identification foreshadow for a nation that is becoming more ethnically diverse? The Pew Hispanic Center study suggests some possible scenarios.

First, nearly half of U.S. Latinos (who can be of any race) feel very different from the ‘typical American’ and the majority retains national origin, Hispanic, or Latino identities. Some observers fear that this means that the rapidly growing Latino population will transform America into an overwhelmingly Latino-identified nation. Jennifer Lopez, who proudly asserts her Puerto Rican roots, now tops Forbes’ list of the most powerful celebrities. And the Spanish-language network, Univision, has more number one nights in ratings than NBC, ABC, and CBS. But hold your caballos.

The Pew Hispanic Center study also shows that Latinos born in the United States, the segment driving Latino population growth, are more likely than their foreign-born counterparts to identify as ‘American.’ Thus, another scenario is one where Latinos eventually drop their ethnic identities and simply identify as ‘American,’ as their turn-of-the-century immigrant predecessors have done. Notably, “Q‘Viva”, JLo’s recent bilingual television show targeting American-born Latinos, was a flop. And American-born Latinos aren’t watching telenovelas on Univision. The Pew study finds that they prefer English-language media.

My research on the Mexican-American middle class finds evidence for both of these paths. On the one hand, middle-class Mexican Americans who grow up in low-income ethnic communities evince strong ethnic identities. These identities are reinforced by interactions with poorer relatives and with non-Latinos who hold negative Latino stereotypes that are shaped by media and anti-immigrant politicians. On the other hand, those raised in middle-class households and white neighborhoods aren’t tied as strongly to ethnic communities and they are more likely to view themselves, and are viewed by others, as ‘coconuts,’ ‘whitewashed,’ and ‘American,’ an identity that has historically been linked to whiteness.

I am not sure which path will be the most likely (and of course there may be others), but I do know that Latinos hold the keys to America’s social and economic future. If we care at all about our fate, we must enact public policies that help to integrate America’s fastest growing ethnic group, rather than those that exclude and stigmatize Latinos as un-American.

Jody Agius Vallejo is a sociology professor at the University of Southern California. She is the author of Barrios to Burbs: The Making of the Mexican-American Middle Class (Stanford University Press).

Next: X: Highlights from the Conversation About Identity
← Prev Page
Page1Page2Page3Page4Page5Page6Page7Page8You are reading page9Page10
Next Page →