Among children ages 17 and younger, there were 17.1 million Latinos, or 23.1% of this age group, according to an analysis by the Pew Hispanic Center, a project of the Pew Research Center. The number of Latino children grew 39% over the decade. In 2000, there were 12.3 million Hispanic children, who were 17.1% of the population under age 18. 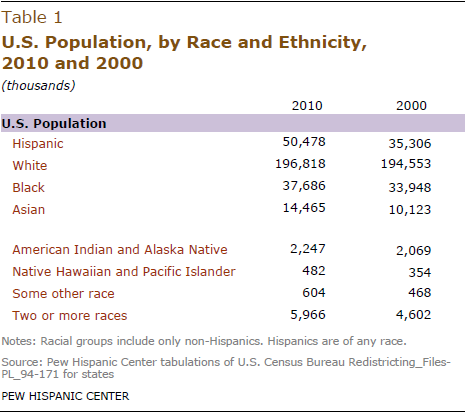 Although the numerical growth of the Hispanic population since 2000—more than 15 million—surpassed the totals for the previous two decades, the growth rate of 43% was somewhat slower than previous decades. Growth rates topped 50% in the 1980s (53%) and 1990s (58%). 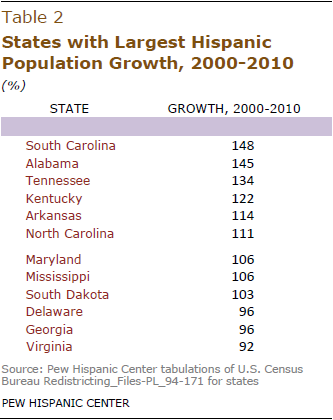 As the accompanying charts show, the states with the largest Hispanic populations include eight with more than a million Hispanics, the largest of which is California, where 14 million Latinos were counted.

The dozen states where Hispanics are the largest share of the population include five where Latinos are more than one-in-four state residents—New Mexico, Texas, California, Arizona and Nevada.

Next: Appendix: Additional Charts and Tables
← Prev Page
You are reading page1Page2
Next Page →