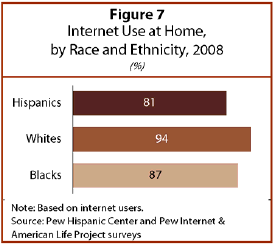 The fact that Hispanic internet users and, to a lesser extent, African American users, lagged whites in the likelihood of having internet access at home may be related to the fact that Latinos and African Americans are more likely to access the internet using wireless technology such as a cell phone, Blackberry or iPhone (Horrigan 2009).

Both education and household income were linked to the likelihood of having a home internet connection for Latino internet users. While less than two-thirds (64%) of Latino internet users who lacked a high school degree went online from their home in 2008, this share rose to 84% for Latino high school graduates. The overwhelming majority (94%) of Latino users who graduated from college were able to access the internet from their home.

The likelihood of having a home internet connection was not linked to nativity, age, or homeownership for Latinos. 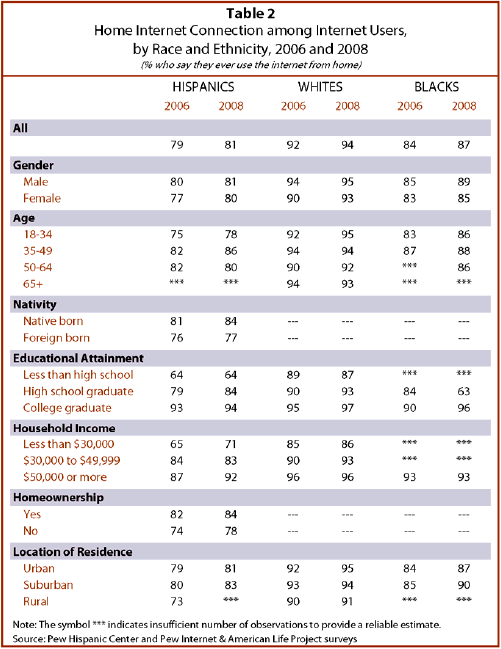