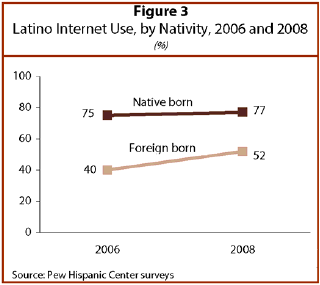 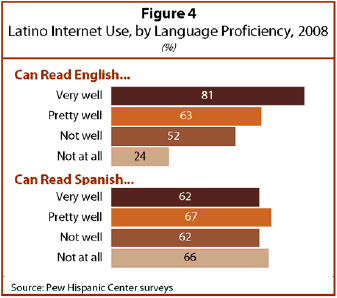 Conversely, the likelihood of being online does not differ significantly for Latinos based upon their Spanish-reading ability—62% of those who read Spanish very well were online in 2008, compared with 67% who read it pretty well, 62% who didn’t read it well, and 66% who couldn’t read speak Spanish at all. The fact that English reading ability, but not Spanish reading ability, was associated with internet use suggests that it is not literacy per se that is affecting internet use for Latinos, but instead it is English literacy. 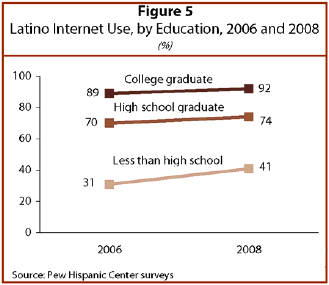 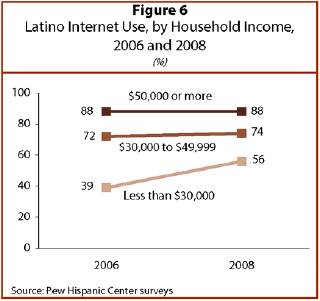 Since 2006, Latino internet use rose more rapidly among those with less education and lower income, while it leveled off for other groups. In 2006, 31% of those who never graduated from high school used the internet, but the share increased to 41% in 2008. At the same time, for high school graduates, there was a four percentage point increase in internet use, and for college graduates, there was a three percentage point increase.

Internet use among middle- and higher-income Latinos remained relatively stable in recent years, while the percentage of low-income Latinos going online increased significantly. In 2006, only 39% of those with household incomes less than $30,000 used the internet, and that share rose to 56% in 2008. Conversely, there was only a two percentage point increase in internet use for those with household incomes of $30,000 to $49,999 annually, and there was no rise in internet use for people in higher-income households. 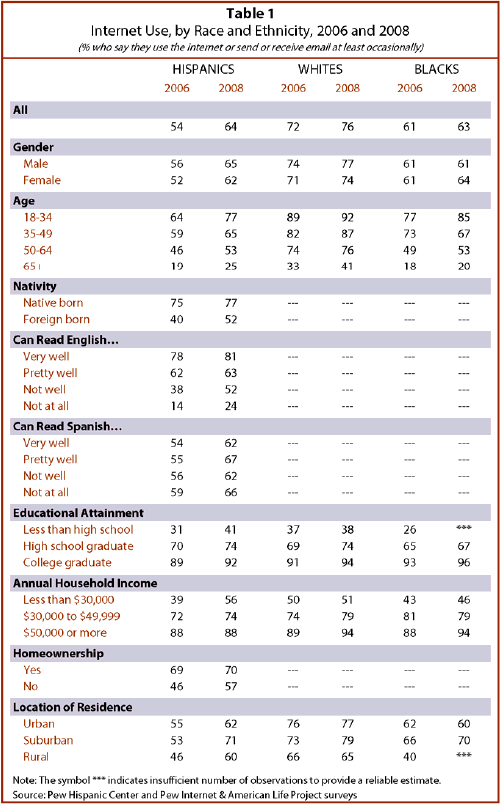 Next: III. Internet Use at Home
← Prev Page
Page1You are reading page2Page3Page4Page5
Next Page →