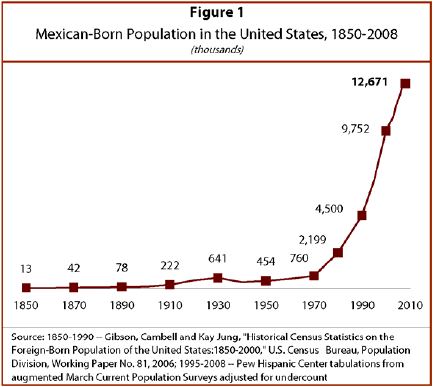 More than half (55%) of the Mexican immigrants in this country are unauthorized. Overall, Mexicans comprise about six-in-ten (59%) of the estimated 11.9 million unauthorized immigrants in the U.S. (see “A Portrait of Undocumented Immigrants Living in the United States,” Passel and Cohn, 2009).

No other country in the world has as many total immigrants from all countries as the United States has immigrants from Mexico alone. Other than the U.S., the country that hosts the largest number of immigrants is Russia, with 12 million foreign born, many of whom are natives of countries that were part of the former Soviet Union.1 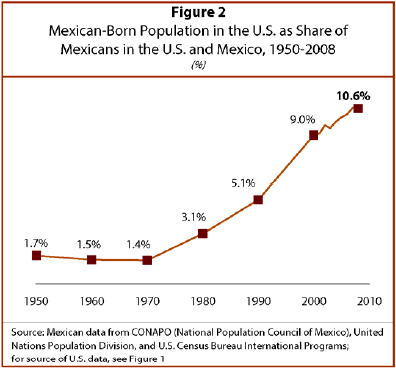 The number of Mexicans living in the U.S. is very large from Mexico’s perspective, too. About 11% of everyone born in Mexico is currently living in the U.S. This large-scale transfer of population has taken place fairly quickly in demographic terms. As of 1970, 760,000 Mexican immigrants, or 1.4% of Mexico’s population, lived in the U.S. And in 1960, Mexico ranked seventh as a source of immigrants to the U.S., behind Italy, Germany, Canada, the Soviet Union, the United Kingdom and Poland.

Large-scale settlement in the U.S. by Mexicans began in earnest in the 1970s. By 1980, Mexico had the largest foreign-born population here with 2.2 million, or more than twice the second-place country (Germany at 850,000). The number of Mexicans immigrants to the U.S. doubled from 1980 to 1990 and more than doubled from 1990 to 2000. While the growth rate of the Mexican immigrant population has slowed considerably since 2006, the total number reached a record 12.7 million in 2008, or almost 17 times the number in 1970. Mexicans make up the largest number of undocumented immigrants in the U.S. (7.0 million, or 59%) as well as the largest number of legal immigrants (5.7 million, or 21%). 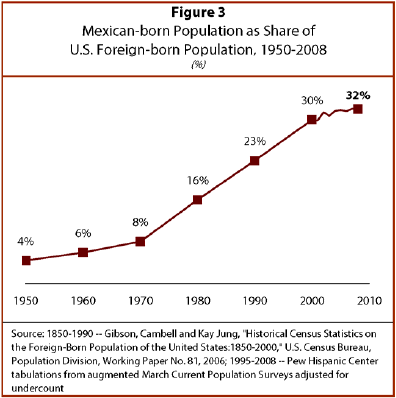 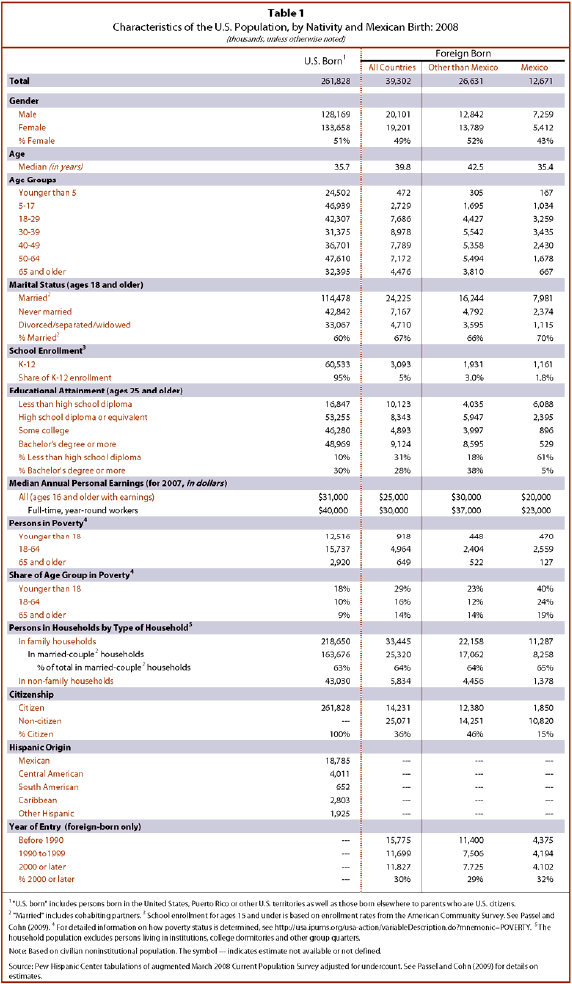 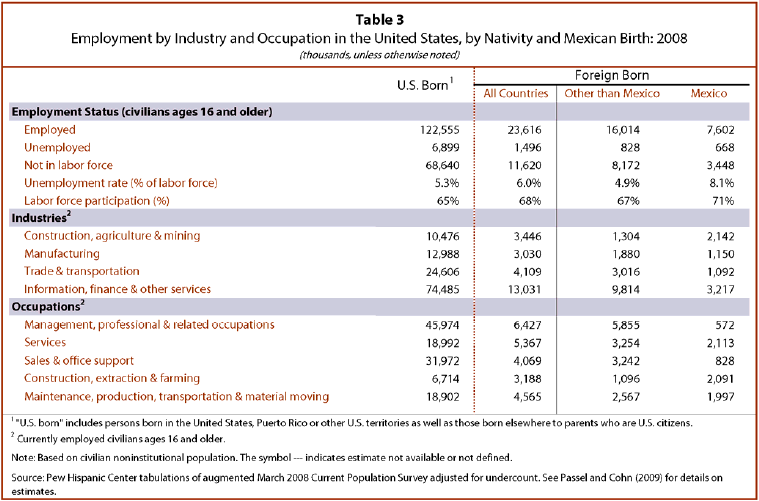