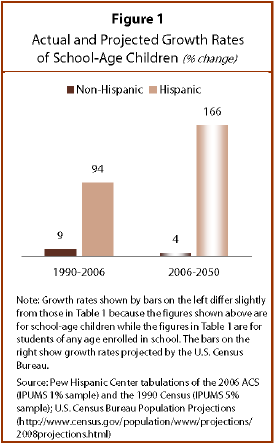 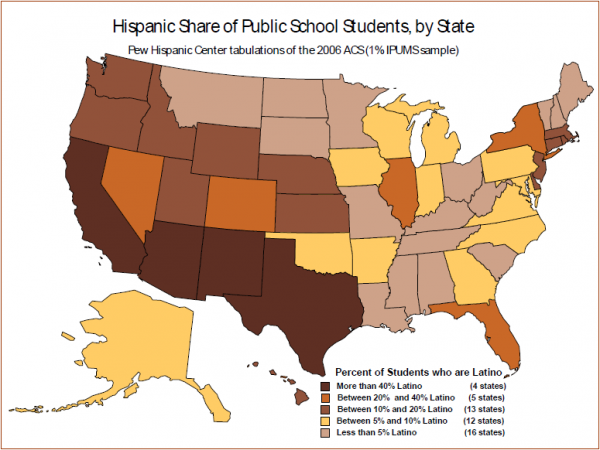 The data contained in this fact sheet are based on Pew Hispanic Center tabulations of the Census Bureau’s 2006 American Community Survey. The ACS is the largest household survey in the United States, with a sample of about 3 million addresses, and was designed to provide estimates of the size and characteristics of the resident population.

The specific data sources for this fact sheet are the 1% sample of the 2006 ACS Integrated Public Use Microdata Series (IPUMS) and the 5% sample of the 1990 Census IPUMS provided by the University of Minnesota. For more information about the IPUMS, including variable definition and sampling error, please visit http://usa.ipums.org/usa/design.shtml. To learn more about the sampling strategy and associated error of the 2006 American Community Survey, please refer to http://www.census.gov/acs/www/Downloads/ACS/accuracy2006.pdf.

The terms “Hispanic” and “Latino” are used interchangeably in this report.

This report uses the following definitions of the first, second and third-and-higher generations:

First generation: Born outside the United States, its territories or possessions. Can be naturalized U.S. citizens, legal immigrants or undocumented immigrants. Also referred to as “foreign born” and “immigrants.”

Second generation: Born in the United States with at least one foreign-born parent. U.S. citizens by birth. Included in “native-born” students.

Unless otherwise stated, the term “student” is used to refer to a student of any age enrolled in a public kindergarten or an elementary school or high school.

Next: II. Grade Distribution
← Prev Page
You are reading page1Page2Page3Page4Page5Page6Page7
Next Page →