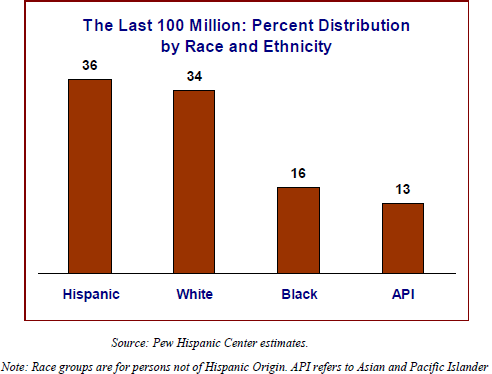 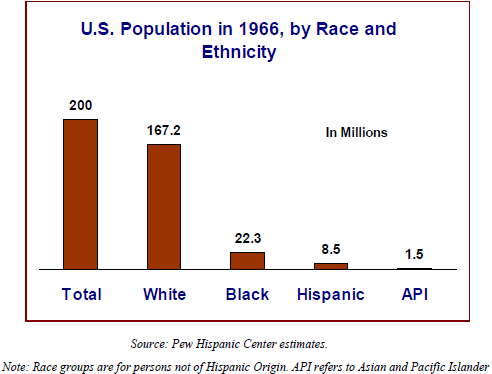 Between 1966 and 2006 the U.S. population grew by 100 million,2 the net effect of births and deaths, immigration and emigration. A number of diverse factors determined the rate of growth, ranging from changes in U.S. immigration law in 1965, 1986 and 1990 to steady improvements in life expectancy and to decreasing fertility levels.

According to the Pew Hispanic Center’s population estimates and projections, the Hispanic population increased from 8.5 million in 1966-67 to 44.7 million today. Latinos accounted for 36% of the 100 million added to the population in the last four decades, the most of any racial or ethnic group. Immigration from Latin America and relatively high fertility rates among Latinos were major factors in this increase. The white population grew from 167.2 million in 1966-67 to 201.0 million today. That represented 34% of the 100 million added since 1966-67. 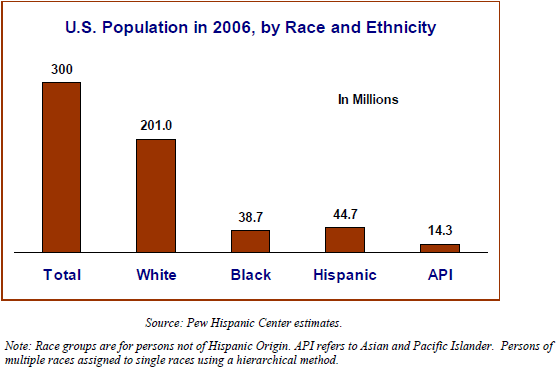 Immigrants and their U.S.-born offspring accounted for 55% of the increase in population since 1966-67.3 Within this group of 55 million, Latino immigrants and their offspring were by far the largest, representing about 29 million persons, or 53% of the addition due to immigration, according to the Center’s estimates. 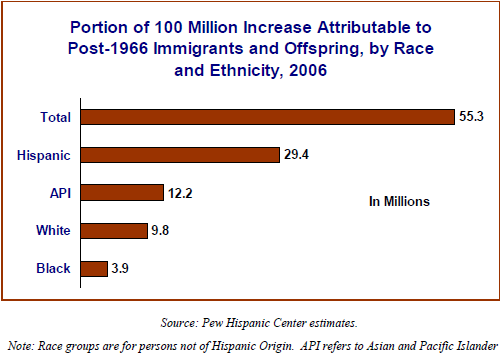