There were approximately 3.9 million adult women in the unauthorized migrant population, representing 42% of the adults in the March 2005 estimate. Among adult women, only one in five, or about 730,000, is “solo”— in the U.S. without a husband or children (Figure 7). 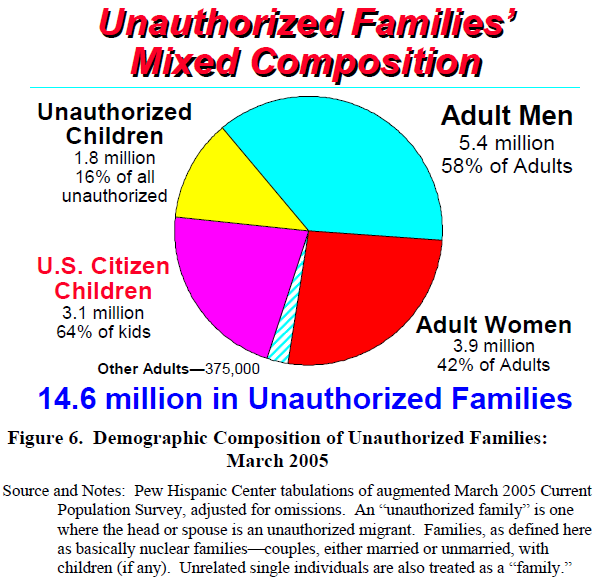 A majority of these unauthorized families—3.9 million, or 59%—did not have children (Figure 7). They were made up of single adults, couples, or some other combination of adult relatives. The vast majority of these—about 3.2 million of the families without children—were solo individuals. 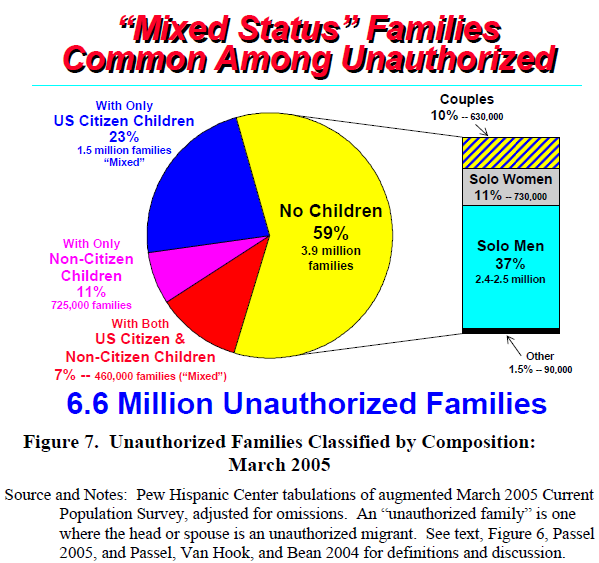