The income it takes to be middle class depends on the number of people in a household, and it also changes over time. The income varies by household size because smaller households require less income than larger households to support the same lifestyle. It changes over time because middle-income households are defined as those with an income that is two-thirds to double that of a country’s median household income in any given year. Since the national median income fluctuates with economic expansions and contractions, the boundaries that define the middle-income tier also shift over time. 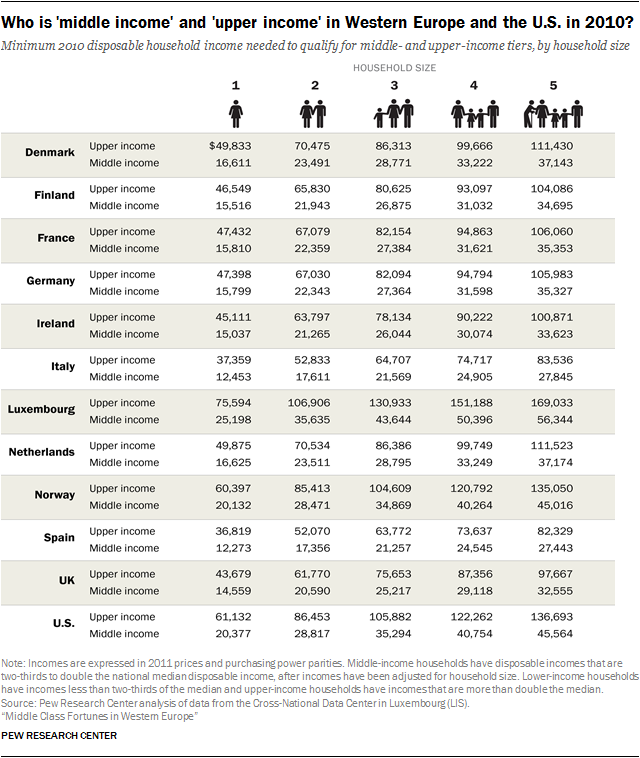 Because median national incomes have risen since 1991 in most countries, the threshold for attaining middle-income status has also shifted up since 1991. In Norway, for example, the national median disposable household income increased from $35,001 in 1991 to $57,031 in 2013, scaled to a households size of three and expressed in 2011 prices and purchasing power parities. As a result, the minimum income needed to be middle income – two-thirds of the national median – increased from $23,334 in 1991 to $38,021 in 2013, for three-person households. 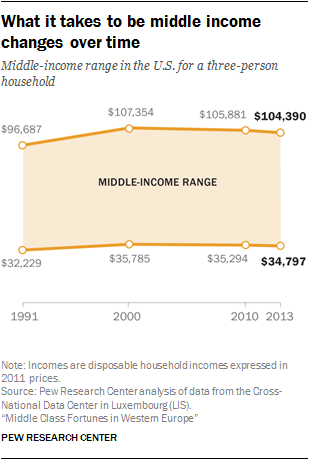 Next: Appendix C: Shares of adults who are lower, middle or upper income based on their gross household income
← Prev Page
Page3Page4Page5Page6Page7You are reading page8Page9Page10Page11Page12Page13
Next Page →