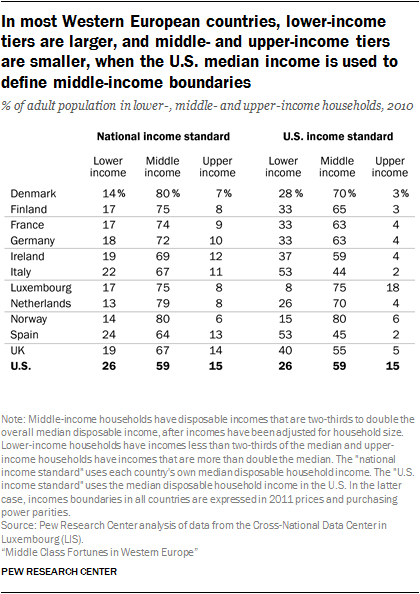 As an alternative to using a country’s own median household income to define the boundaries of income tiers, it is possible to apply a common income standard in all countries. This appendix shows the shares of adults who are in the lower-, middle- and upper-income tiers in all countries using the U.S. median disposable household income to define the boundaries of each tier. Incomes in each country are first expressed in 2011 purchasing power parity dollars to adjust for cost of living differences across countries. As usual, incomes are also adjusted for household size.