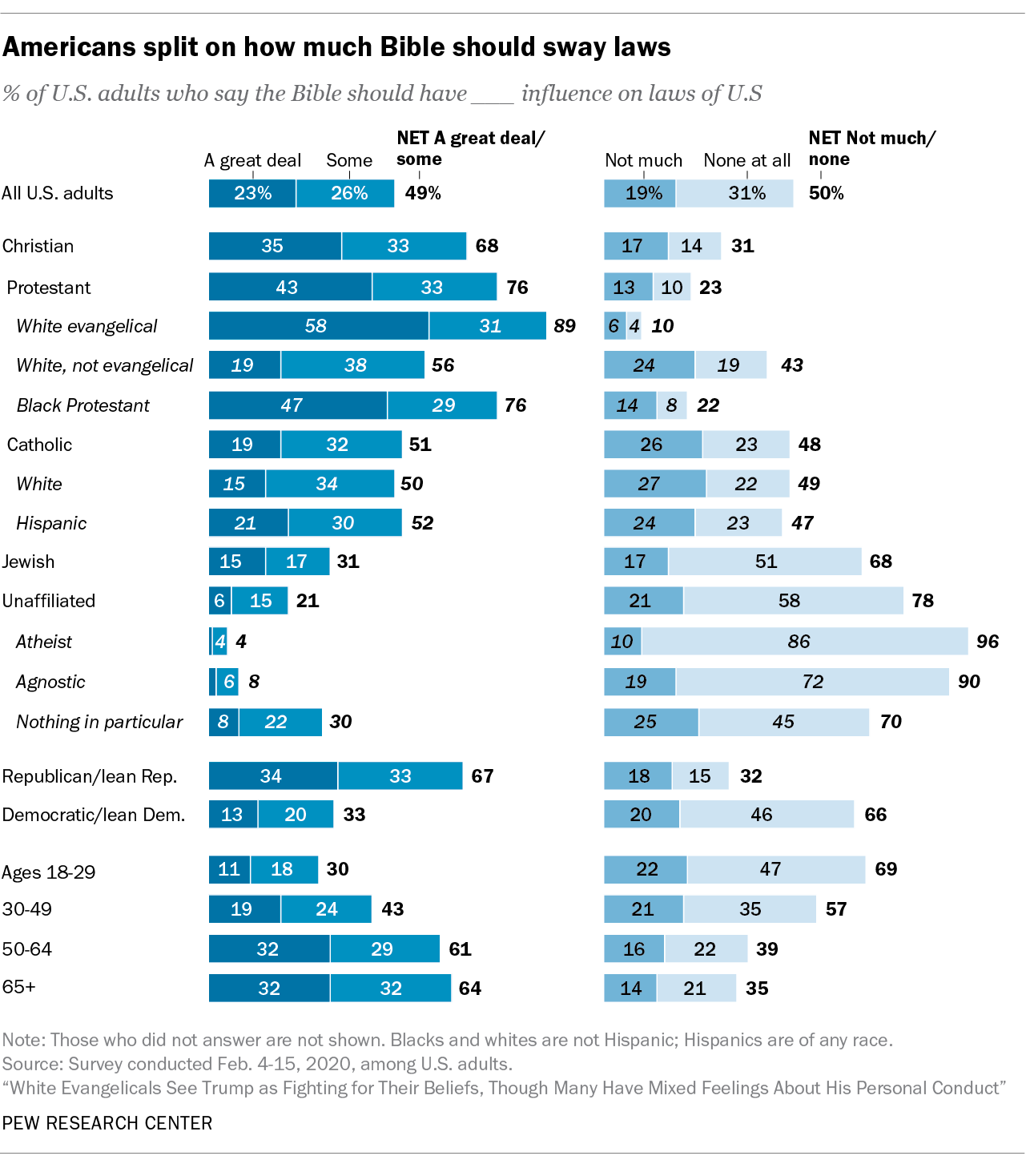 There also are differences on this question by age and political party. Older Americans are much more likely than younger adults to want biblical influence on U.S. laws, while Republicans – by a two-to-one margin – are more likely than Democrats to do so.

Two religious groups stand out for being especially supportive of biblical influence in legislation, even if that means going against the will of the American people: Two-thirds of white evangelical Protestants (68%) say the Bible should take precedence over the people, and half of black Protestants say the same. Among Catholics (25%) and white Protestants who do not identify as born-again or evangelical (27%), only about a quarter share this perspective.

The survey did not ask people what they had mind when thinking of biblically influenced laws. It’s possible some were thinking of “biblical marriage,” defined by some Christian leaders as a marriage between one man and one woman, precluding same-sex unions. Recent surveys by the Center find that most white evangelical Protestants (63%) and half of black Protestants (50%) continue to oppose legal same-sex marriage. 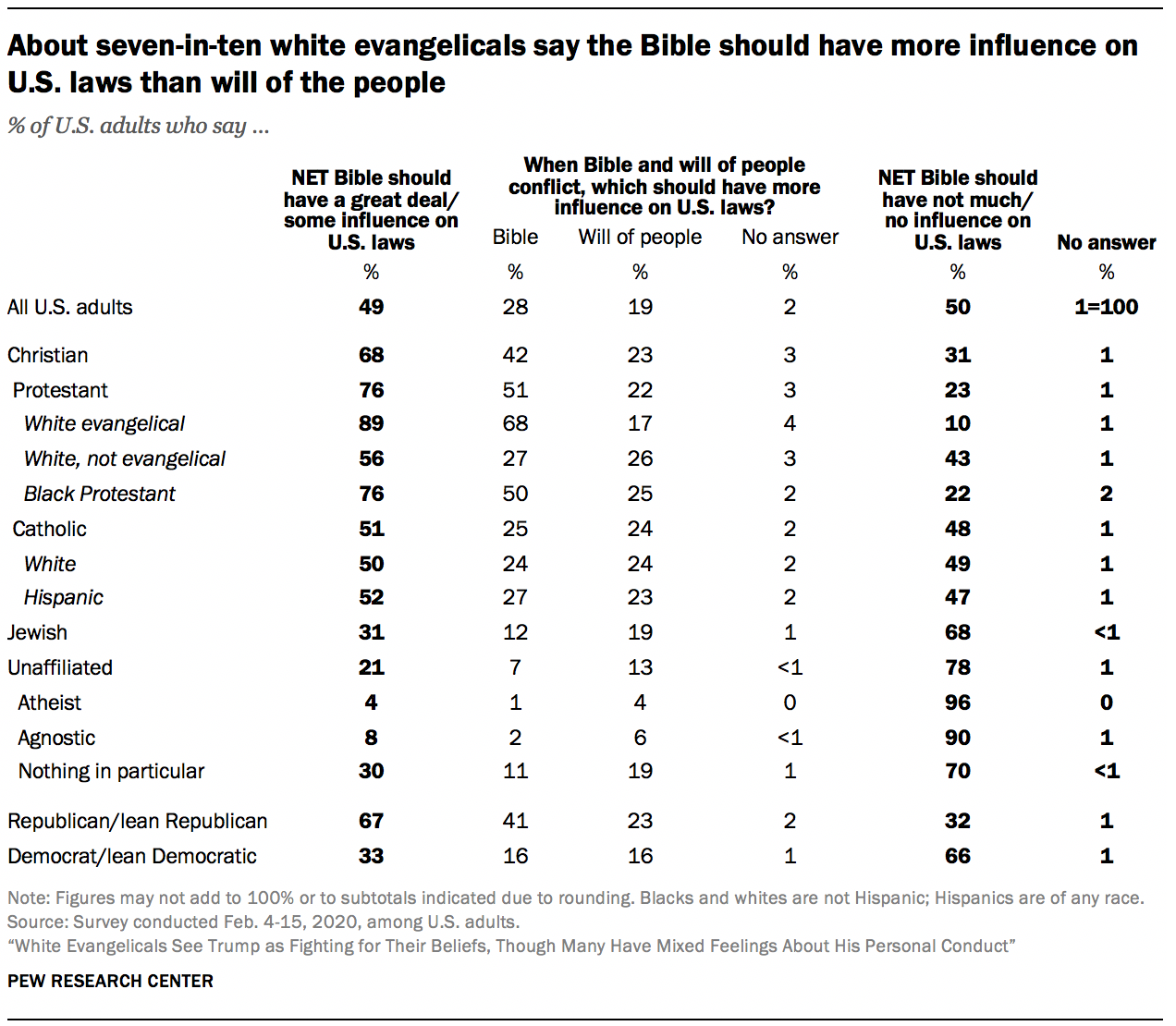 10 facts about religion and government in the United States

Half of Americans say Bible should influence U.S. laws, including 28% who favor it over the will of the people