While the Supreme Court has ruled that the First Amendment to the U.S. Constitution prohibits school-sponsored prayer in public schools, the court also has made clear that individual students have a right to pray in public settings. And, according to a new Pew Research Center survey of teens ages 13 to 17, a sizable share of students in public school are availing themselves of this right. 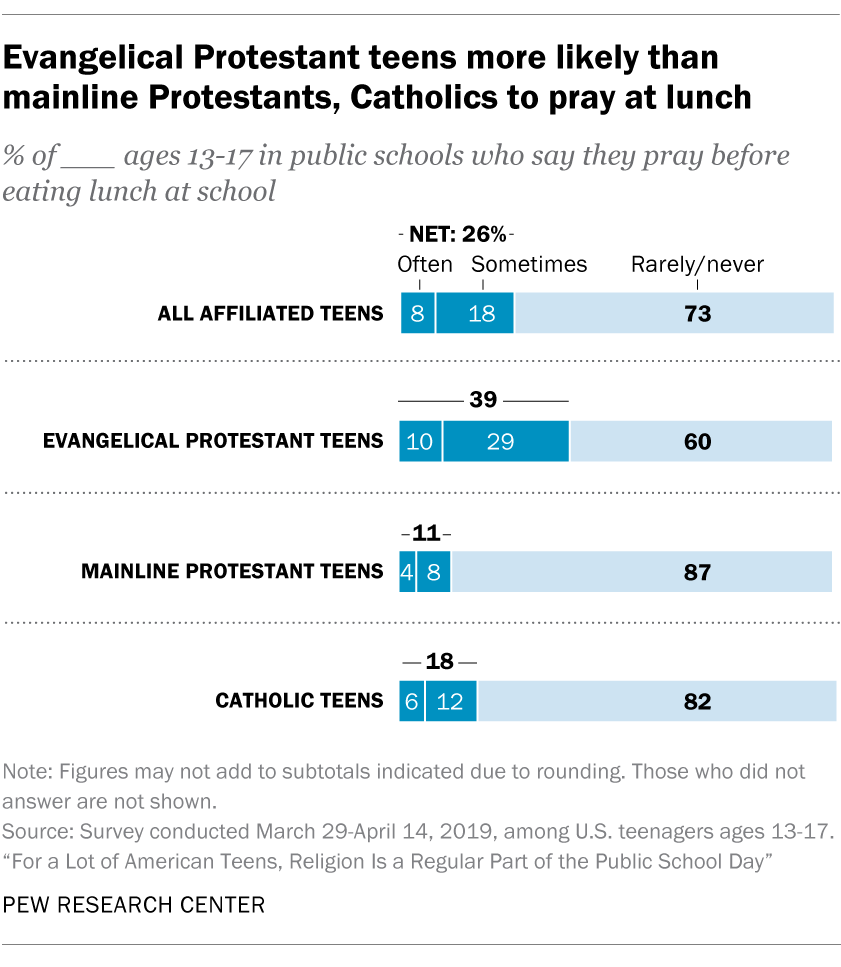 About a quarter of teens who identify with a religion and attend public school (26%) say they regularly pray before eating lunch at school. There are differences across religious groups, with 39% of evangelical Protestant teens, 18% of Catholic teens and 11% of mainline Protestant teens saying they often or sometimes pray before eating lunch. (The survey’s sample size was not large enough to report on the practices of teens who belong to most other religious groups.)

The survey also examined public school prayer from a different angle by asking teens whether they see other students praying before eating lunch. Around one-in-six teens in public schools (16%) say they often or sometimes see other students doing this. Teens who identify with a religion are more likely than those who self-identify as atheist, agnostic or “nothing in particular” to notice this (19% vs. 9%). 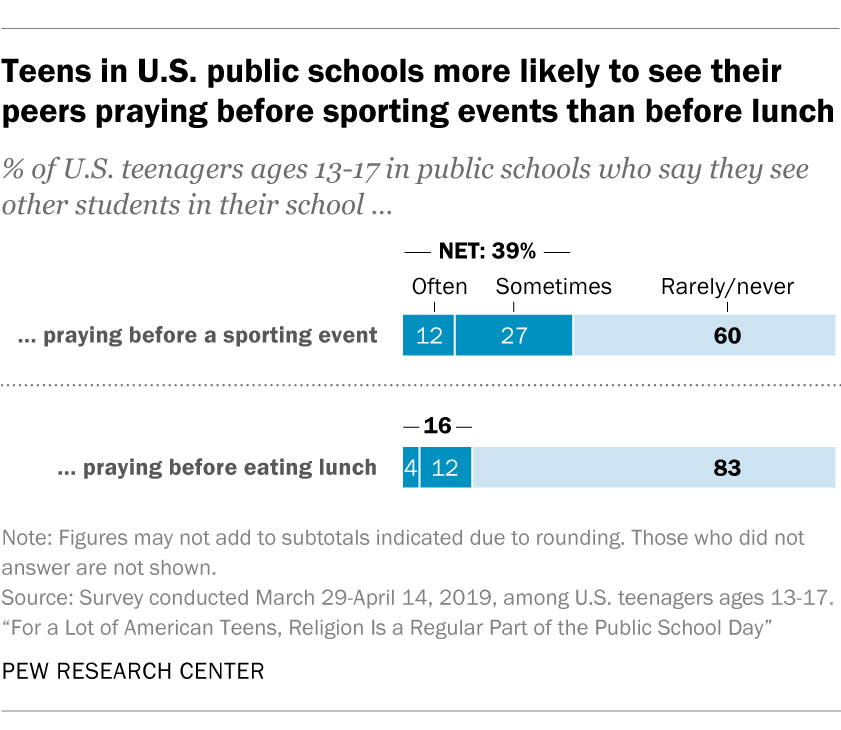 Prayer in a school setting doesn’t just take place before lunch and, in fact, teens in public school are more likely to see students praying before sporting events (39%) than before lunch, according to the survey. Again, there are differences in these answers across religious groups: About half of evangelical Protestant teens (55%) and mainline Protestant teens (52%) say they commonly see other students praying before sporting events, as do 42% of Catholic teens. By comparison, religiously unaffiliated teens – also known as “nones” – are far less likely to see this type of prayer (24%).

In addition to specific questions about their own prayer practices and those of their peers, the survey asked teens whether they have ever had a teacher lead their class in prayer, despite the Supreme Court’s ruling against this practice. Among teens in public schools, 8% say they have had a teacher do this – though it’s important to note that students who answer this question affirmatively might be referring to previous experiences at religious private schools where teacher-led prayer is constitutional. Once again, there are religious differences in this response: Protestant teens are more likely than “nones” to say they have experienced teacher-led prayer in class (11% vs. 5%).