Classes have ended for the summer at public schools across the United States, but a sizable share of teachers are still hard at work at second jobs outside the classroom.

Among all public elementary and secondary school teachers in the U.S., 16% worked non-school summer jobs in the break before the 2015-16 school year. Notably, about the same share of teachers (18%) had second jobs during the 2015-16 school year, too, according to the National Center for Education Statistics (NCES). This makes teachers about three times as likely as U.S. workers overall to balance multiple jobs, according to Bureau of Labor Statistics data. (Multiple jobholders have made up a small but steady portion of the U.S. labor force since 1970.)

On average, a teacher’s summer job earnings account for 7% of their total annual income, according to the NCES data. Earnings from a second job during the school year make up an average of 9% of their income. 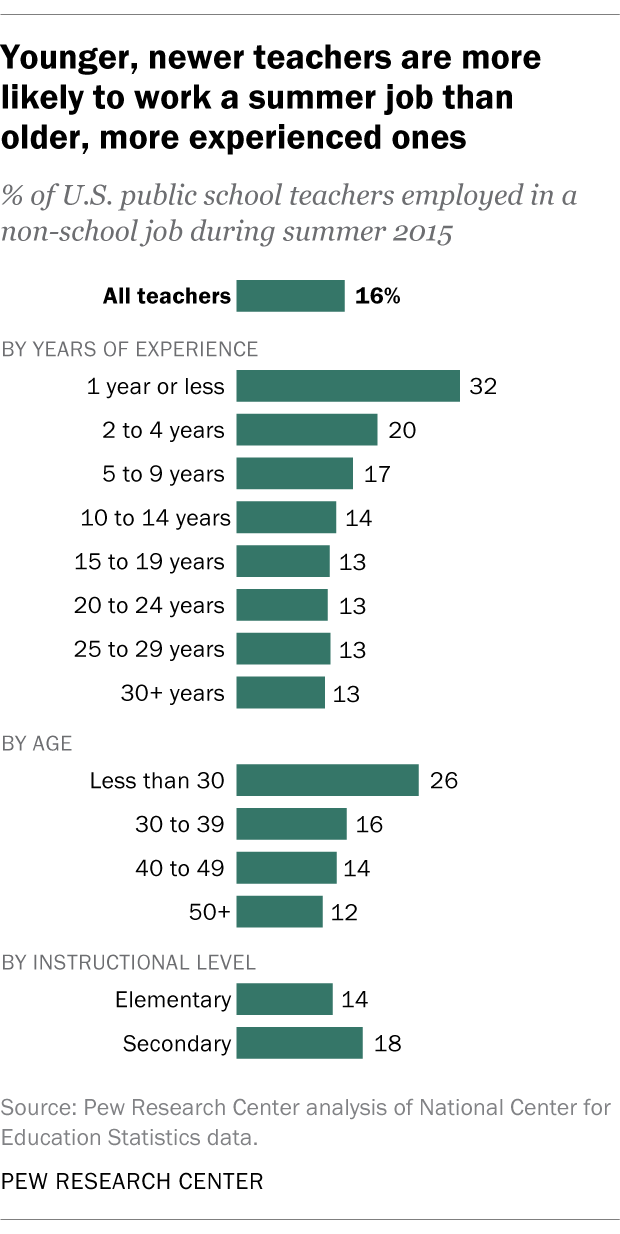 Certain groups of teachers are more likely than others to work a summer job outside the school system, including those with less teaching experience and who are younger – groups that tend to have lower salaries. Male teachers and teachers at the secondary level also are more likely than their female and primary level counterparts to take additional work outside of the classroom, according to a Pew Research Center analysis of NCES data for the 2015-16 school year, the most recent year with available data. 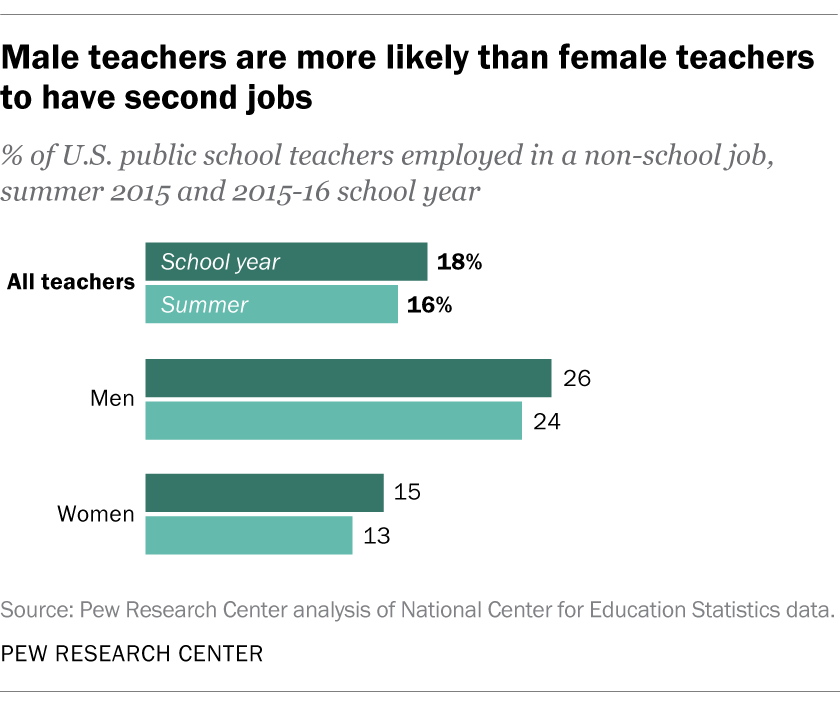 This gender difference in teachers having a second job outside the classroom stands in contrast to the country as a whole: Similar shares of employed women and men (about 5% in each group) worked two jobs in 2015 and 2016, according to Bureau of Labor Statistics data. 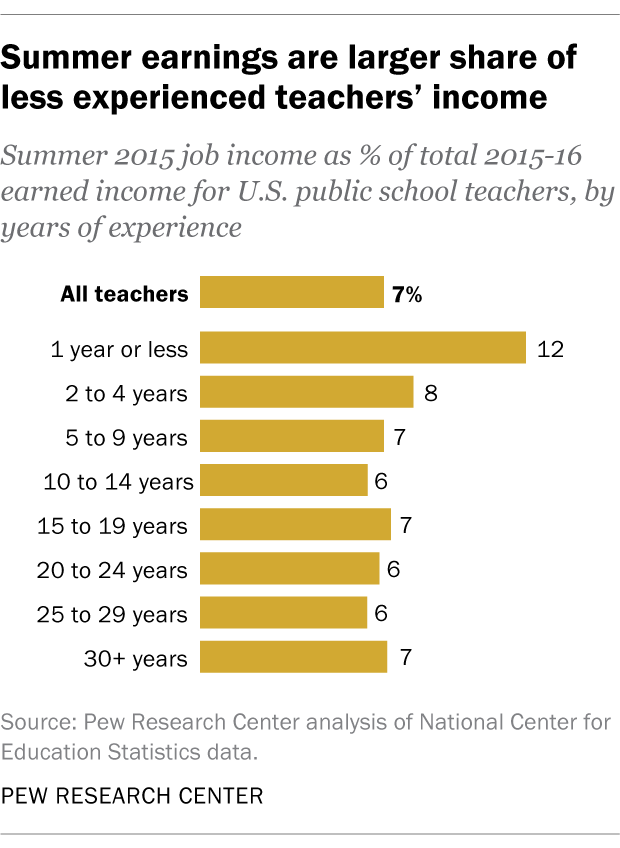 For those in their first year of teaching who worked a summer job in the months before the 2015-16 school year, the money earned during that time of year amounted to a larger portion of their annual income on average (12%) compared with their peers with more teaching experience. Those who had been teaching for one year or less and worked a second job during the school year brought in a similar proportion of their income from the additional work (11%).

Trends in teachers’ non-school employment – both overall and by teaching experience, age, gender and instructional level – have remained consistent since at least the 2007-08 school year, the earliest year for which NCES separately tracked such employment over the summer versus during the academic year.