New Zealand’s small but growing Muslim population is in the news of late after a terrorist attack left 50 dead and dozens injured at two mosques in Christchurch last week. Many have expressed shock that these attacks could occur in New Zealand, where crime rates are low, mass shootings are rare and people are largely accepting of religious minorities and immigrants. At the same time, world leaders cite the massacres as the latest example of rising nationalism and Islamophobia around the world.

Here are four facts about religion and religious tolerance in New Zealand. 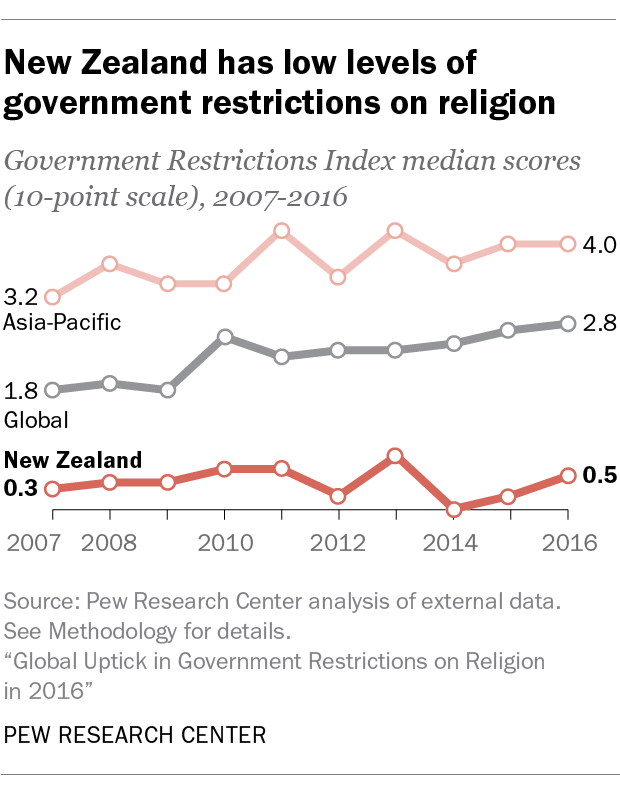 New Zealand has some of the lowest levels of government restrictions on religion in the world, with a score in 2016 of just 0.48 out of 10 on Pew Research Center’s Government Restrictions Index (GRI). Still, while New Zealand’s GRI score has been low since we first began measuring it in 2007, it did tick upwards slightly in 2016. This recent increase is due in part to derogatory statements made by Winston Peters, leader of the New Zealand First Party, when he said in June 2016 that certain countries “treat their women like cattle,” and suggested that all immigrants should be screened for unacceptable attitudes before being permitted to enter the country. Some media reports said he specifically referred to Muslim immigrants, which he denied. 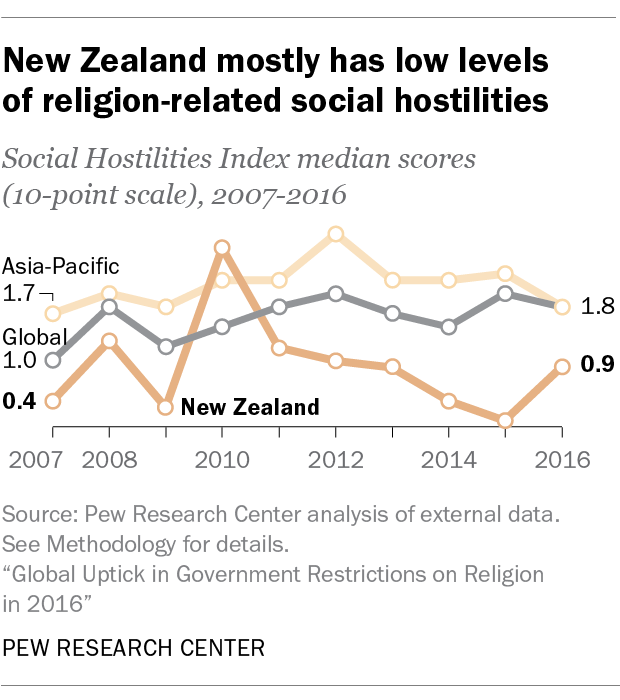 New Zealand had “low” levels of social hostilities involving religion in 2016 (with a Social Hostilities Index score of 0.9 out of 10). There have been incidents of religiously motivated violence and hostilities in the past, although these cases have been relatively rare. In September 2016, for example, the Whanganui branch of the Right Wing Resistance, a right wing organization, circulated pamphlets that accused Muslim refugees in the country of intending to change the culture of New Zealand to suit themselves and to “kill anyone” who did not believe in God.