While President Obama’s executive action expanding deportation relief to almost half (48%) of the total unauthorized immigrant population will cover people from countries around the world, those born in Mexico will feel the most impact under existing and new guidelines, followed by Central Americans. 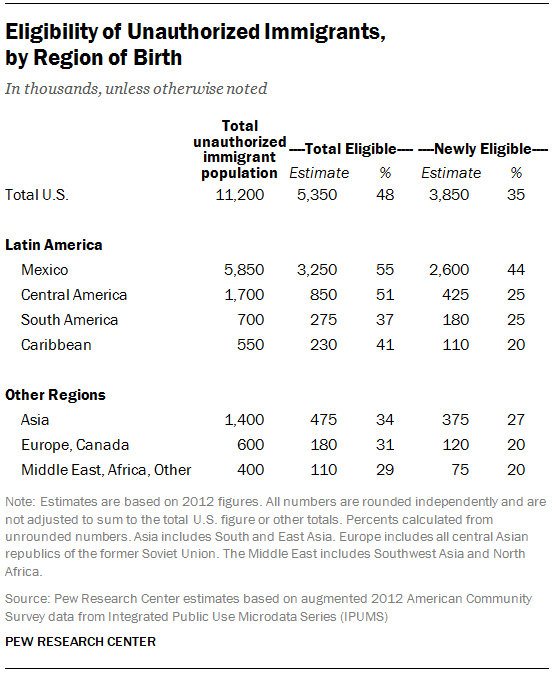 The shares of unauthorized immigrants who will be eligible to participate in these programs are lower from the rest of Latin America, Asia and other regions of the world.

About four-in-ten unauthorized immigrants who were born in the Caribbean (41%) or South America (37%) will be eligible for deportation relief this spring. This announcement will double the share of Caribbean unauthorized immigrants who are eligible for deportation relief (up from 21% under DACA and TPS), and triple the share among South Americans (up from 12%). 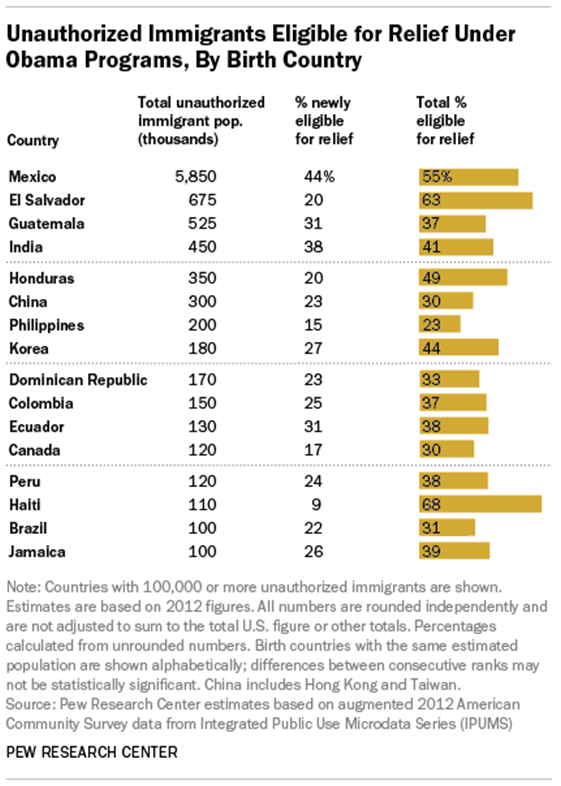 Correction: This posting has been updated with revised estimates for regions and countries, and with a new estimate of the share of unauthorized immigrants affected by the president’s program. Also, a previous version of this post referred to the president’s implementation of his new immigration policy as an executive order. He has taken executive action.