The annual number of deportations reached a record 419,384 in fiscal year 2012, according to newly released data from the U.S. Department of Homeland Security. Between 2009 and 2012, the Obama administration deported 1.6 million immigrants. By comparison, two million immigrants were deported during the eight years of the George W. Bush administration.

Recently released immigration enforcement statistics by Immigration and Customs Enforcement (ICE) show that the number of deportations done by ICE agents during fiscal 2013 was down compared with 2012. Final data on the total number of deportations for 2013, including both ICE data and Customs and Border Protection (CBP) data, are not yet available. 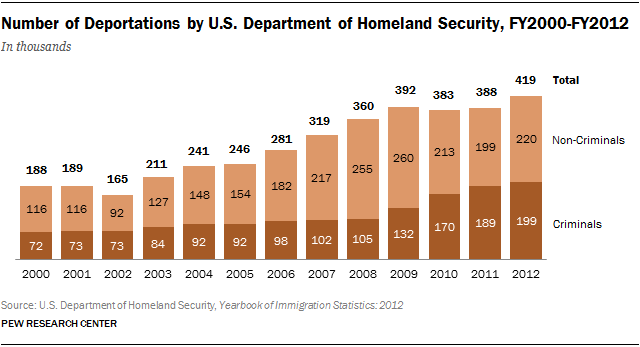