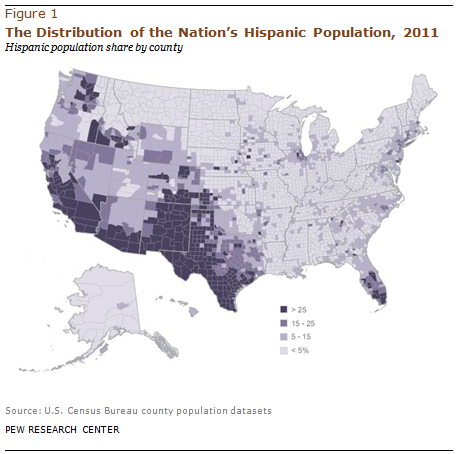 Geography: Although there’s been some dispersion in recent years, the Hispanic population remains highly concentrated. More than half (55%) of the nation’s Hispanics live in just three states — California, Texas and Florida — and 71% live in just 100 of the nation’s 3,143 counties and county-equivalents. 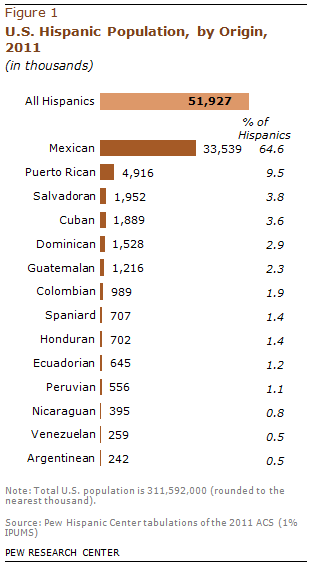 Population size: According to the Census Bureau, there were 51.9 million U.S. Hispanics in 2011 (its latest estimate, for 2012, is just over 53 million). The Hispanic population grew 47.5% between 2000 and 2011, according to a Pew Research analysis, and accounted for more than half (55%) of total population growth over that period.

Countries of origin: The umbrella term “Hispanic” embraces a wide variety of backgrounds and cultures. However, nearly two-thirds of U.S. Hispanics trace their family origins to Mexico; Puerto Ricans, the nation’s second-largest Hispanic-origin group, make up 9.5% of the total Hispanic population.