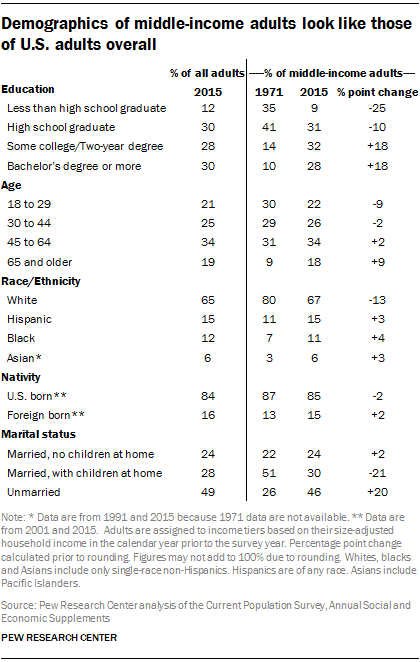 As a group, middle-income adults look much like U.S. adults overall, in terms of their demographic and socioeconomic characteristics. By some measures, middle-income adults are more similar to all adults today than was true in 1971. For example, adults ages 65 and older were underrepresented in the middle-income population in 1971. But that is no longer the case because older adults experienced greater gains in economic status than other age groups from 1971 to 2015.

As noted, “middle-income adults” are defined as those with household incomes that are between two-thirds and twice the median household income overall. These adults accounted for 50% of all adults in 2015, down from 61% in 1971. Their incomes for a three-person household ranged from about $42,000 to $126,000 in 2014.