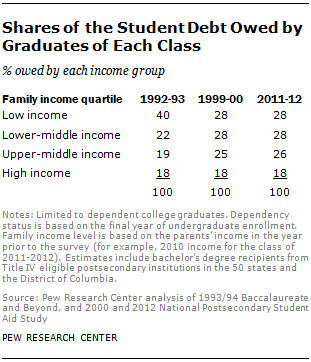 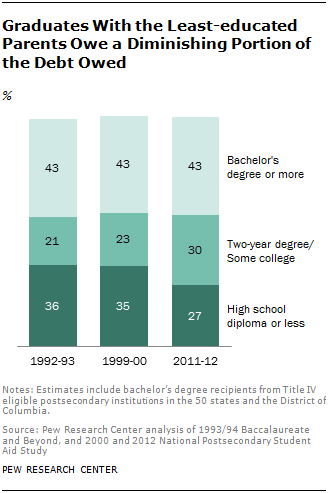 Next: Possible Explanations for the Increase in Borrowing by Middle- and High-Income Students
← Prev Page
Page1Page2Page3Page4Page5You are reading page6Page7Page8Page9Page10Page11
Next Page →

The Changing Profile of Student Borrowers The Growth in Student Debt Cumulative Student Debt Among Recent College Graduates Who's Borrowing? Trends in Amounts Borrowed
Ownership of Debt by New College Graduates
Possible Explanations for the Increase in Borrowing by Middle- and High-Income Students Explanations for the General Increase in Borrowing References Appendix A: Additional Figures Appendix B: Details on the Data Source