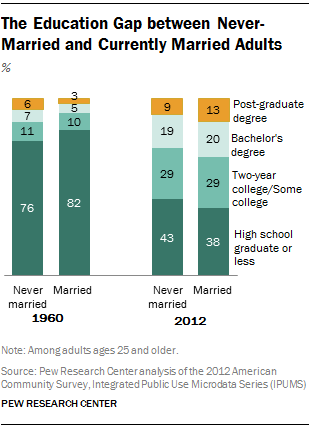 In both years, adults who were divorced, separated or widowed were less educated than never-married and currently married adults. 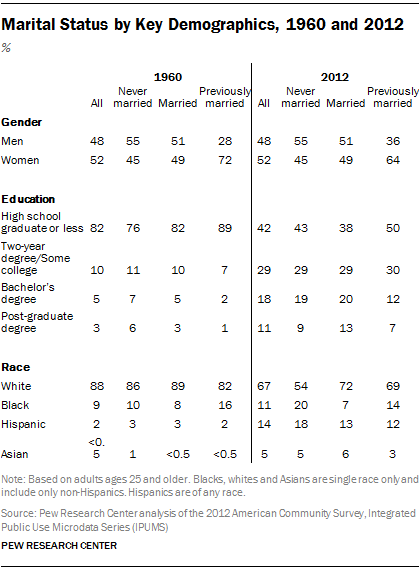 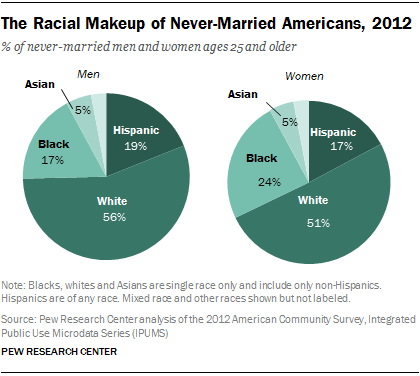 As women have made significant gains in educational attainment and labor force participation, the gap between never-married men and women has widened in a number of ways.

First, never-married women ages 25 and older are more likely than their male counterparts to be college-educated. Some one-third of these women have either a bachelor’s or advanced degree, compared with one-quarter of never-married men. Five decades ago, never-married men and women were much more similar in terms of their education levels.24

Next: Appendix A: Additional Charts
← Prev Page
Page1Page2Page3Page4Page5You are reading page6Page7
Next Page →