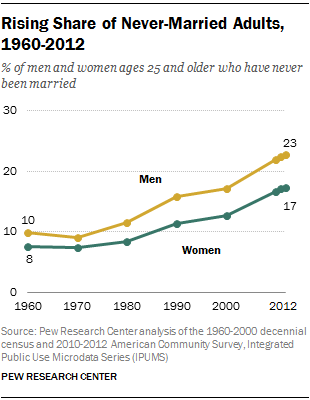 The share of never-married Americans has risen dramatically in the past five decades. Today, one-in-five Americans ages 25 and older have never been married, compared with just 9% in 1960. 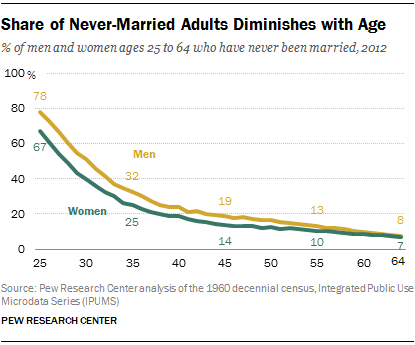 Most never-married Americans will eventually marry, given that very small shares of adults were still single at age 64 in 1960 (8%) and 2012 (7%). However, 2012’s 64-year-olds were born in the late 1940s, and it is hard to say whether young adults today will follow in their footsteps when they reach older ages.

Looking at data on successive cohorts of young adults reveals a clear historical pattern: Since 1970, each new cohort of young adults had a higher share of never-married adults than the cohort that came before it. The Pew Research analysis suggests that when today’s young adults reach their mid-40s to mid-50s, a record high share (roughly 25%) is likely to have never been married. 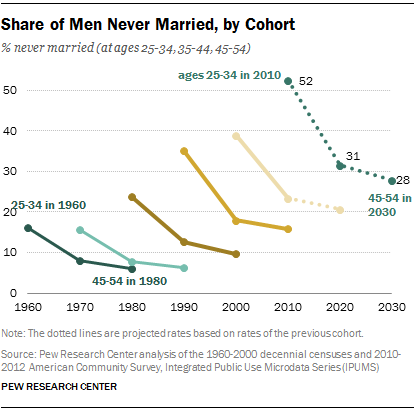 If today’s young men (those ages 25 to 34 in 2010) follow a similar pattern to the cohorts of young men that have preceded them, nearly three-in-ten (28%) will still have never been married by 2030, when they are 45 to 54 years old. If this is the case, today’s young adults will experience the lowest marriage rate in modern history.13 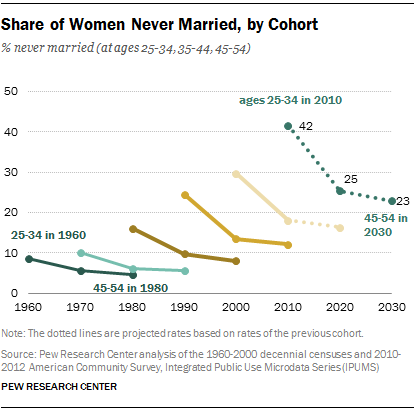 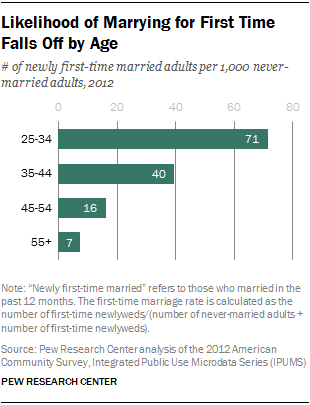 Next: Chapter 3: Marriage Market for All Unmarried Adults
← Prev Page
Page1Page2You are reading page3Page4Page5Page6Page7
Next Page →