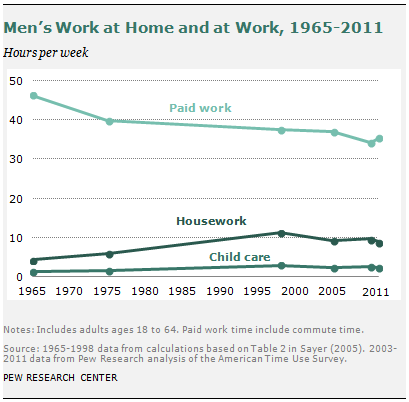 One of the most significant changes in American society in the past half century is women’s increasing presence in the workplace. In 1965, 42% of women ages 16 to 64 were employed, about half of the rate among men (85%). Women’s employment rate rose steadily and peaked at 68% in 2000. In the past decade, the employment rate has dropped for both women and men, especially as the recession took a heavy toll on workers. By 2011, about 71% of men ages 16 to 64 were employed, as were 62% of women in the same age bracket.19 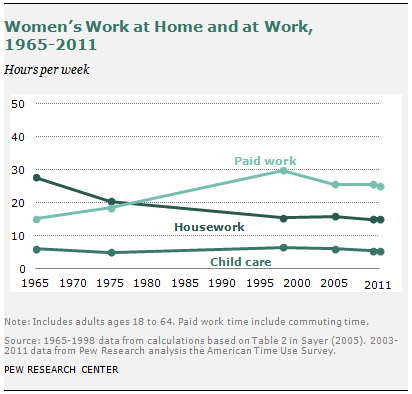 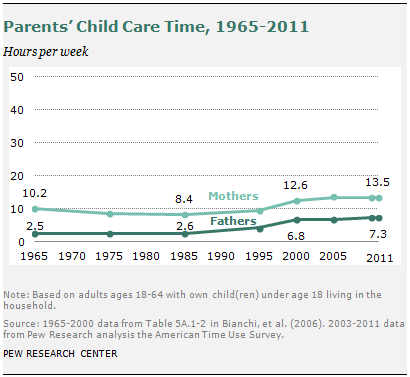 What Do Parents Think about Child Care? 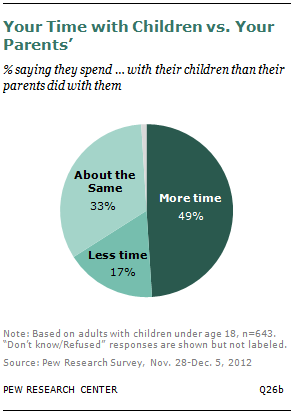 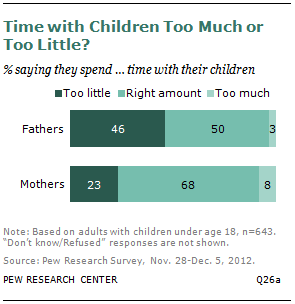 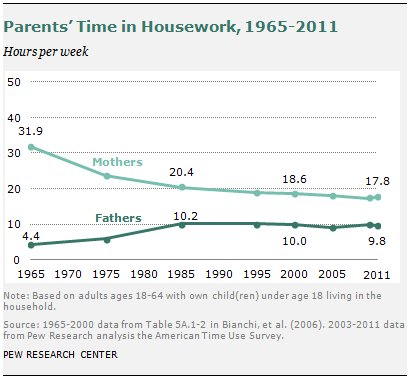 The decline in time spent doing housework does not apply only to mothers. Working-age women in general have reduced their time in this area. And men overall, not just fathers, have increased the time they spend on housework activities. Wider use of household appliances such as washing machines and dryers, and dishwashers—not to mention the invention of microwave ovens—may have made time saving in household activities possible. In addition, as women and mothers spend more time at the workplace, they have less time available for household chores. 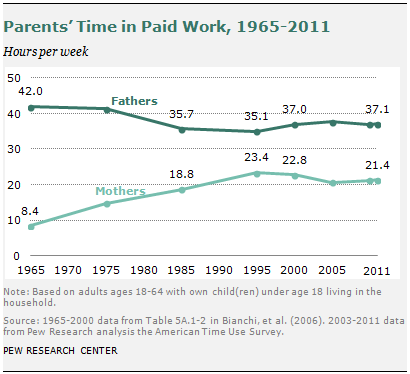 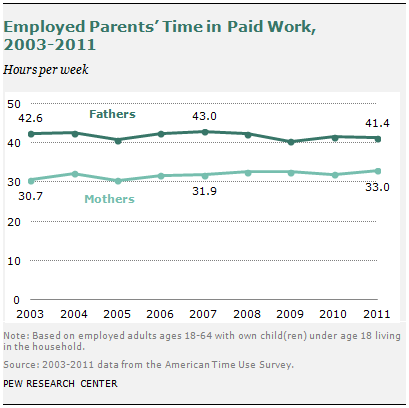 Time in paid work is determined largely by parents’ employment situation. The employment trend from 2003 to 2011 suggests that the share of mothers and fathers who are employed has gone down. However, among fathers who are employed, more are working part time: The share of employed fathers working part time increased from 3.8% in 2003 to 6.6% in 2011. Among working mothers, the share of part-time workers has changed only slightly during the same period, from 25.8% to 26.6%.26

Commuting time is another factor that is related to the work time, even though it is unpaid. Between 2003 and 2011, commuting time for employed adults ages 18 to 64 went up from 2.8 hours per week to 3.2 hours. On average, men spend about one hour more per week commuting than women do. Parents’ commuting hours are similar to adults overall, and fathers spend more time commuting than do mothers.

Next: Chapter 6: Time in Work and Leisure, Patterns by Gender and Family Structure
← Prev Page
Page2Page3Page4Page5You are reading page6Page7Page8Page9Page10Page11Page12
Next Page →