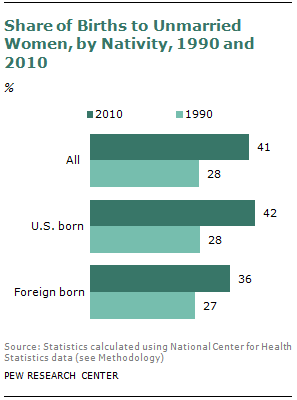 These differences are explained in part by the greater likelihood of immigrants to be married, which also is the case within each major racial and ethnic group. Among all women ages 15-44, 56% of immigrants are married, compared with 36% of U.S.-born women.

The share of births to unmarried mothers differs markedly by racial and ethnic group. Overall, the share is highest among black women, followed by Hispanics, whites and Asians. But those rankings differ between foreign-born and native-born mothers. 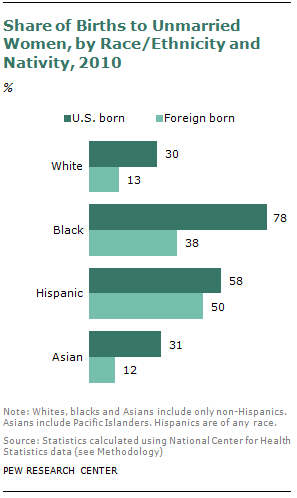 Next: Appendix A: Methodology
← Prev Page
Page1Page2Page3Page4You are reading page5Page6Page7
Next Page →