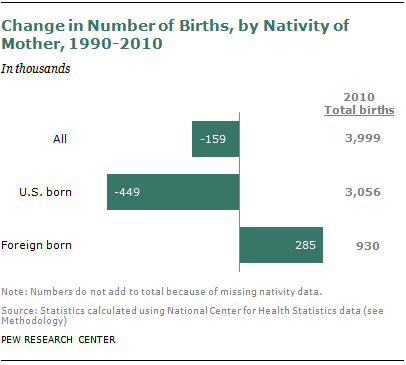 The largely contrasting fertility patterns of U.S.-born and foreign-born women had the net effect of producing a small rise in the total number of births over the 1990-2007 period. But from 2007 to 2010, total births decreased 7%, with births to U.S.-born women declining by a modest 5% and births to immigrant women dropping by 13%. 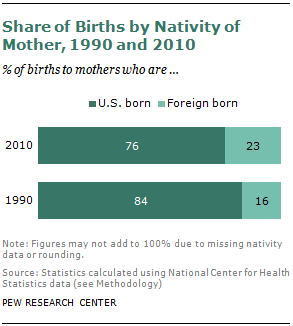 Another measure of fertility—children ever born—indicates the number of children that women nearing the end of their childbearing years have had in their lifetimes (including those who have had no children). According to the Current Population Survey, this number is an average 2.1 for immigrant women, and 1.8 for U.S.-born women.9

Births Outside of Marriage Decline for Immigrant Women