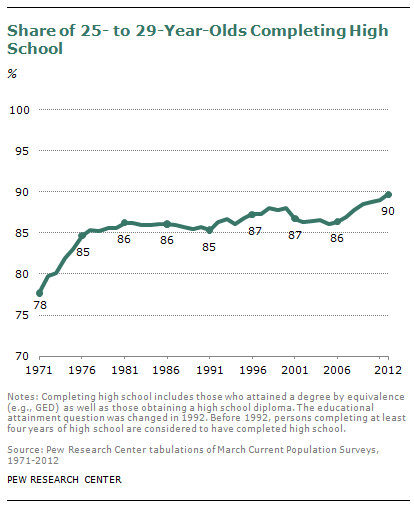 As the accompanying table shows, noteworthy changes in high school attainment include:

Next: Section 4: Attainment of Some College Education
← Prev Page
Page1Page2Page3You are reading page4Page5Page6Page7
Next Page →