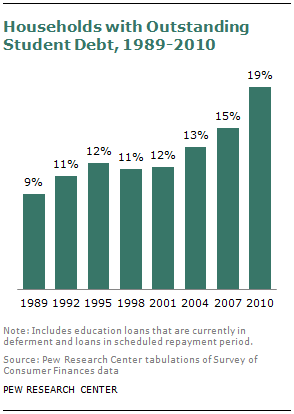 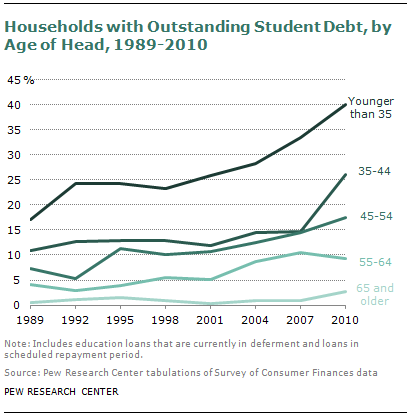 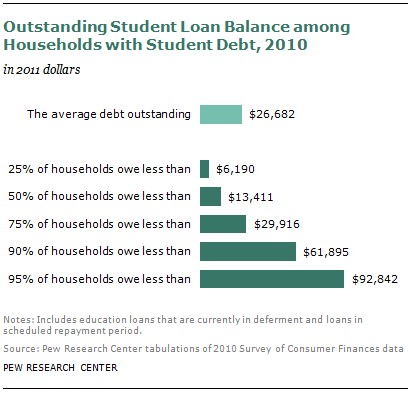 The increase in outstanding student debt since 2007 is being driven by several factors. First, college enrollment has increased sharply during the Great Recession and tepid recovery. In fall 2007, 18.2 million students were enrolled in college (Snyder and Dillow, 2012). By fall 2010, 21.0 million students were pursuing college, a 15% increase.

Second, the trend has been for college students to increasingly borrow to finance their education, and when they do borrow, to borrow greater amounts (Hinze-Pifer and Fry, 2010). 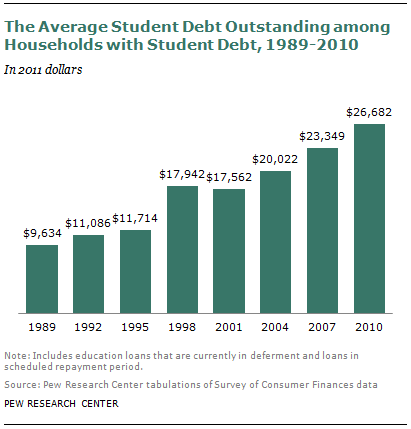 Next: Section 2: Who Owes the Outstanding Student Debt?
← Prev Page
Page1You are reading page2Page3Page4Page5Page6Page7Page8
Next Page →