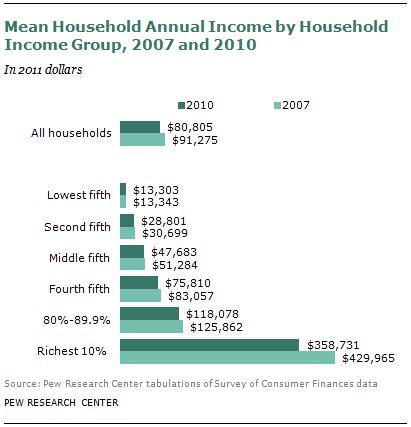 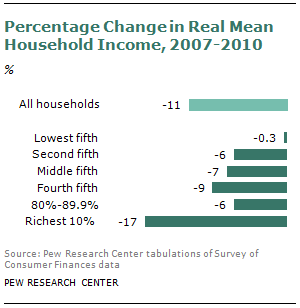 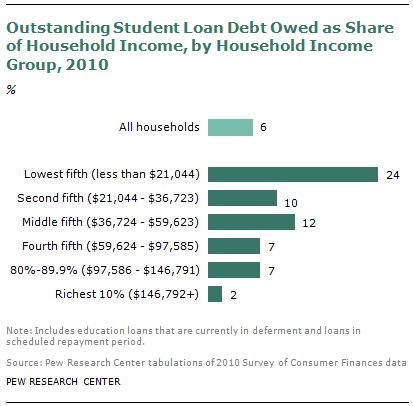 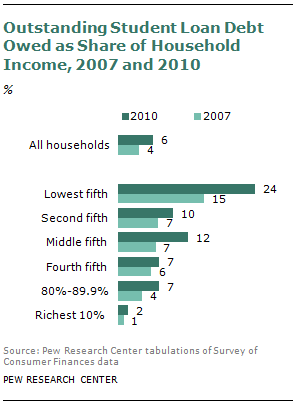 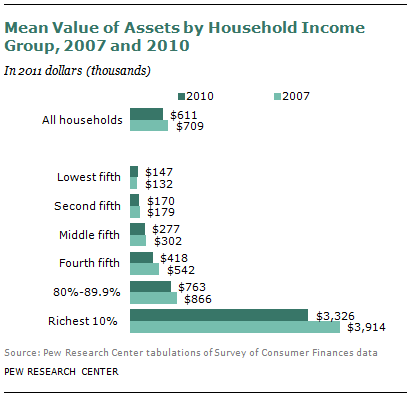 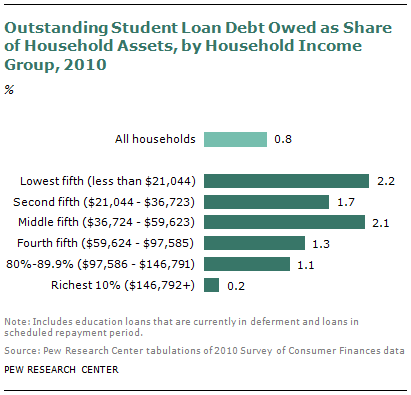 Patterns and trends in the ratio of outstanding student debt to household assets tell a similar story as the debt-to-income ratio. In the SCF, household assets include the value of physical property (equity in properties, equity in automobiles and furnishings and collectibles), financial assets (stocks, bonds and retirement accounts) and equity in businesses. At least in principle, assets can be liquidated to pay off debts and thus debt-to-asset ratios serve as an alternative measure of a household’s ability to handle debt. 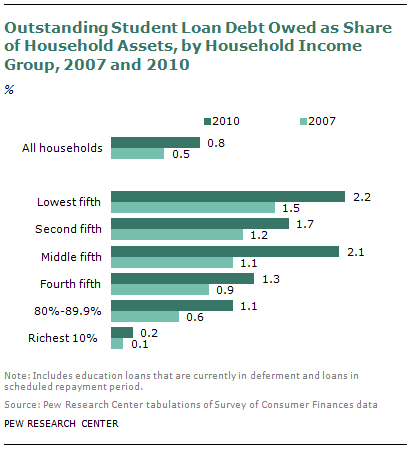 Outstanding student-debt-to-asset ratios roughly doubled for the fifth of households with the highest income from 2007 to 2010, but even so, they remained significantly lower in 2010 than the ratio for households with less income.

Next: Section 4: Student Debt and the Deleveraging of Household Debt
← Prev Page
Page1Page2Page3You are reading page4Page5Page6Page7Page8
Next Page →