This report is based mainly on a survey conducted on Pew Research Center’s American Trends Panel (ATP). The survey also included supplemental interviews with members of the Ipsos KnowledgePanel who identified as Jewish, Mormon or Hispanic Protestant. 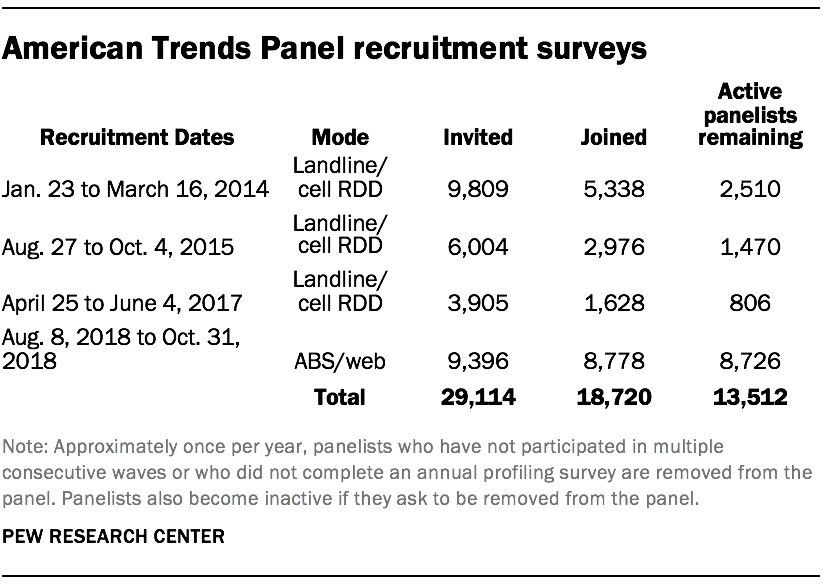 The survey was conducted Feb. 4 to 19, 2019. A total of 10,971 panelists responded out of 14,415 who were sampled, for a response rate of 76%. This included 10,429 from the ATP and 542 respondents sampled from KnowledgePanel. The cumulative response rate accounting for nonresponse to the recruitment surveys and attrition is 3.2%. The margin of sampling error for the full sample of 10,971 respondents is plus or minus 1.5 percentage points.

In August 2018, the ATP switched from telephone to address-based recruitment. Invitations were sent to a random, address-based sample (ABS) of households selected from the U.S. Postal Service’s Delivery Sequence File. In each household, the adult with the next birthday was asked to go online to complete a survey, at the end of which they were invited to join the panel. For a random half-sample of invitations, households without internet access were instructed to return a postcard. These households were contacted by telephone and sent a tablet if they agreed to participate. A total of 9,396 were invited to join the panel, and 8,778 agreed to join the panel and completed an initial profile survey. Of the 18,720 individuals who have ever joined the ATP, 13,512 remained active panelists and continued to receive survey invitations at the time this survey was conducted.

KnowledgePanel has used a combination of random-digit dialing (RDD) and address-based sampling (ABS) methodologies to recruit panel members (in 2009, KnowledgePanel switched its sampling methodology for recruiting members from RDD to ABS).

KnowledgePanel continually recruits new panel members throughout the year to offset attrition (that is, people who leave the panel).

The data was weighted in a multistep process that begins with a base weight incorporating the respondents’ original survey selection probability and the fact that in 2014 and 2017 some respondents were subsampled for invitation to the panel. The next step in the weighting uses an iterative technique that aligns the sample to population benchmarks on the dimensions listed in the accompanying table. For this wave, religious affiliation was added as a weighting dimension in order to account for the oversampling of various religious groups. 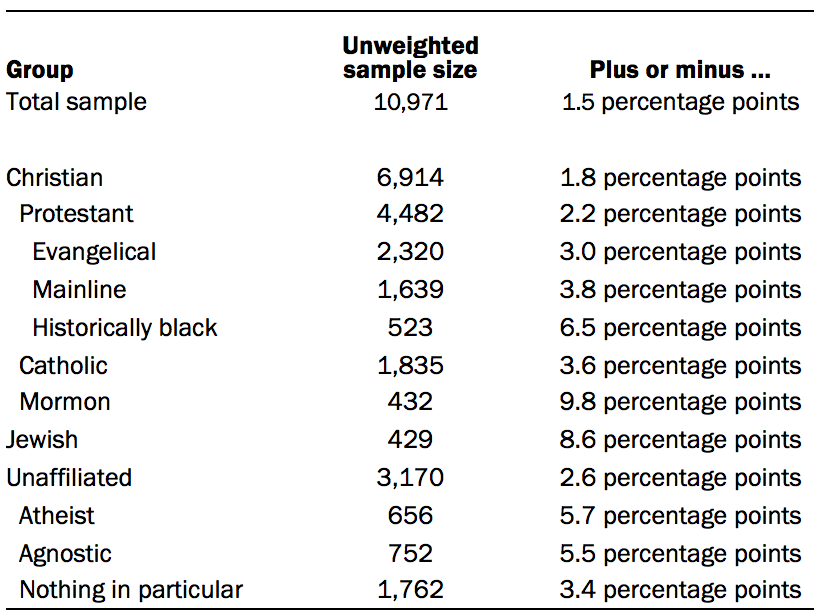 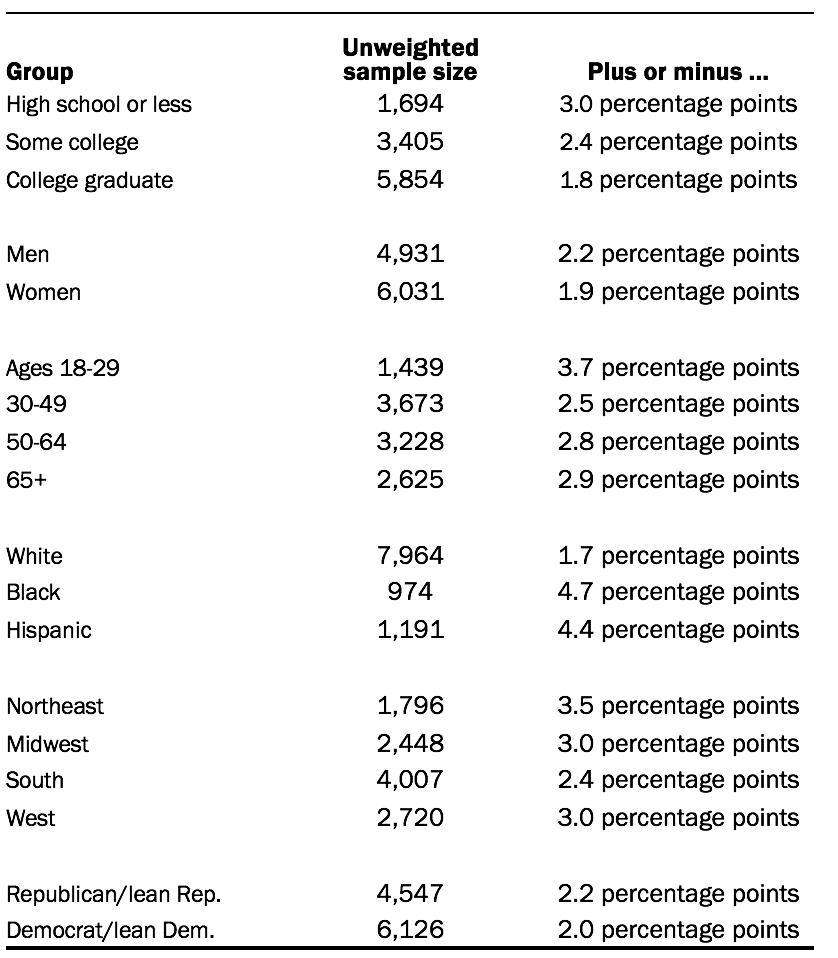 Details about the methods used in the survey of U.S. teens are available here.

What Americans Know About the Holocaust Acknowledgments
Methodology