In June 2008, a church-state watchdog organization and several other groups filed a lawsuit in Florida seeking to remove from the state’s November ballot two proposed amendments to the Florida Constitution. The proposed amendments, if passed, would eliminate legal obstacles that currently prevent Florida from funding religious schools. One of the proposed amendments would permit parents to use state-funded vouchers to send their children to private schools in Florida, including religious schools. The other amendment would repeal a Florida state constitutional provision that prohibits public funding of religious organizations. More than two-thirds of the states have similar constitutional provisions restricting state aid to religious organizations; these state constitutional provisions are collectively known as the Blaine Amendments. To understand how the Blaine Amendments affect government funding of religious organizations, the Forum turns to church-state scholar Ira “Chip” Lupu. 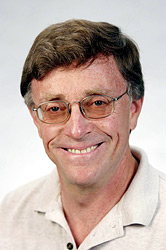 What are the Blaine Amendments?

Why was public funding of religious organizations such a big issue in the 19th century?

Funding of religion was such a contentious issue because of the increase in Catholic immigration in the mid-to-late 1800s. Public schools at this time led students in reciting Protestant but not Catholic prayers and reading from the Protestant but not the Catholic version of the Bible. As more and more Catholics immigrated to the United States, Catholic Americans began to resent sending their children to schools that were effectively Protestant. So they decided to start their own schools, where Catholic children could recite their own prayers and read from their own version of the Bible. The creation of these schools made many Protestants worry about whether the government would start funding Catholic schools. The Blaine Amendments arose from this concern about the “Catholicization” of American education.

What’s behind the effort in Florida to eliminate the state’s Blaine Amendment?

In 2006, the Florida Supreme Court held in Bush v. Holmes that Gov. Jeb Bush’s voucher program violated the state constitution. This April, the Florida Taxation and Budget Reform Commission placed two proposed amendments to the Florida Constitution on the November ballot. One initiative would repeal Florida’s Blaine Amendment and the other would authorize Florida to create a new voucher program. So these two amendments, if passed, would effectively overrule the Florida Supreme Court decision. In June, several groups filed a lawsuit challenging the commission’s placement of these initiatives on the ballot.

What is the basis for their challenge?

Their challenge is based on two grounds, neither of which deals directly with church-state law. One basis for the challenge is the scope of the commission’s power under the state constitution. The Florida Constitution authorizes the Florida Taxation and Budget Reform Commission to meet once every 20 years to discuss budget and tax issues. In these meetings the commission may decide to place on the ballot amendments that relate to state taxation and the state budgetary process. The lawsuit claims that because the funding of religious education has nothing to do with these issues, the commission lacked the authority to place this initiative on the ballot. The second basis for the challenge is that the proposed amendment permitting a Florida voucher program has language that might mislead voters. On Aug. 4, Leon County Circuit Judge John C. Cooper will conduct a hearing on this challenge. During the hearing, Judge Cooper is expected to rule on whether the amendments may be included on the November ballot.

How do you expect the judge to rule?

I expect that the Florida Taxation and Budget Reform Commission will respond to these claims by arguing that the proposed amendment is within its authority because passing a school voucher program would bear on the state budget. But I cannot confidently predict how the judge will rule because this is a matter of state law that does not deal directly with church-state principles. [After a trial judge ruled on Aug. 4 that the proposed amendments could be placed on the November ballot, the plaintiffs appealed the decision. On Sept. 3, the Florida Supreme Court reversed the trial judge’s decision and held that the amendments may not be placed on the ballot.]

Do all Blaine Amendments provide the same restrictions on public funding of religion?

How different are the Blaine Amendments from the Establishment Clause in the First Amendment to the U.S. Constitution?

Do the Blaine Amendments restrict public funding of religion in ways that the Establishment Clause might permit?

Yes, certainly. For example, in Zelman v. Simmons-Harris(2002), the U.S. Supreme Court upheld an Ohio voucher program that gave state funding to low-income parents, allowing them to use the funding to send their children to any private school participating in the program. Even though the vast majority of the participating private schools were religious, the U.S. Supreme Court held that the Establishment Clause permitted the program because parents could choose freely among participating religious schools, participating private secular schools and public schools. By offering parents such choices, the state had remained religiously neutral. But after the Zelman decision, a lower court in Florida decided that a very similar voucher program in that state violated the Florida Blaine Amendment. The Florida court explained that although the program was allowed under the Establishment Clause, it violated the state’s Blaine Amendment, which forbids Florida from directly or indirectly funding religious schools. The Florida Supreme Court later decided, in Bush v. Holmes, that the program was unconstitutional for a different reason; according to the Florida high court, the program violated the state constitution’s guarantee of public education.

So is it fair to say that, as far as funding is concerned, the Blaine Amendments require stricter church-state separation than the Establishment Clause requires?

That’s an accurate characterization of some but not all Blaine Amendments. As I just mentioned, a Florida court interpreted the Florida Blaine Amendment to prohibit the state from funding a religious organization, such as a religious school, even if the organization receives the funding indirectly, such as through a voucher program. Georgia also has interpreted its Blaine Amendment in this way. Even these two states, however, have not required absolute church-state separation. For example, no court has found that a Blaine Amendment prohibits public funding of a group such as Catholic Charities USA, which is religiously affiliated but functionally secular because its charitable activities are secular in content.

When you explained the background of the Blaine Amendments, you mentioned that states adopted these provisions due to concerns about the prospect of the government funding Catholic education. That would seem to raise constitutional problems because the U.S. Supreme Court has interpreted the Free Exercise Clause in the First Amendment to the Constitution to prohibit the government from enacting laws that discriminate against any religious group or activity. Do the Blaine Amendments violate the Free Exercise Clause?

This is a very interesting and very difficult question. The U.S. Supreme Court has held that the Free Exercise Clause prohibits the government from discriminating on the basis of a religious tradition or denomination, but the court has not been clear in saying what type of discrimination this includes. Does this forbid only those laws with text that specifically targets a particular religious tradition, denomination or practice? Or does it also forbid laws that are intended to target a particular tradition or denomination but the text of which does not actually do so?

Has the U.S. Supreme Court ever taken a case interpreting the Blaine Amendments or addressing their constitutionality?

Not exactly. The closest the high court came to addressing the Blaine Amendments was its decision in Locke v. Davey(2004). That case involved a Washington state policy of not giving state scholarships to people studying religion at religious schools. The state maintained this policy to comply with its constitution, which contains two provisions (one of which is a Blaine Amendment) prohibiting funding of religious education.

The lawsuit arose after Washington denied a young man, Joshua Davey, a college scholarship because he wanted to use the funds to study religion at a religious college in a program that would have prepared him for the ministry. Davey sued the state, claiming that it had violated the Free Exercise Clause by excluding religious study from its scholarship program. Washington said that its constitution required this exclusion. Notably, though, Washington did not rely on its Blaine Amendment as the basis for excluding Davey; rather, it said that the state’s other church-state provision, which specifically prohibits public funding of religious worship, required the exclusion.

The U.S. Supreme Court held that excluding Davey from the scholarship did not violate the Free Exercise Clause. The high court said that because state governments may develop their own church-state policies, some state laws may require stricter church-state separation than the U.S. Supreme Court has interpreted the Establishment Clause to require. Some scholars and lawyers have argued that because Washington did not rely on its Blaine Amendment to exclude Davey from its scholarship program, and because Davey was seeking funding for a program that might train him for the ministry, the ruling merely upheld a long-held state tradition of not funding clergy training. But most courts will likely find that even though the case did not deal directly with a Blaine Amendment, the Davey decision nevertheless suggests that the Blaine Amendments are constitutional. So the Davey decision dealt a serious blow to the anti-Blaine forces.

After the Davey decision, do you expect the anti-Blaine forces to give up?

No, I expect the anti-Blaine groups to continue looking for a case with facts supporting their point of view – that is, a case involving an application of a Blaine Amendment in a way that appears to discriminate against a particular religious tradition, denomination or practice. But given contemporary norms against such discrimination, this case is unlikely to arise.