Data in this report is drawn from the panel wave conducted Sept. 30 to Oct. 5, 2020. A total of 11,929 panelists responded out of 13,582 who were sampled, for a response rate of 88%. This does not include six panelists who were removed from the data due to extremely high rates of refusal or straightlining. The cumulative response rate accounting for nonresponse to the recruitment surveys and attrition is 5.4%. The break-off rate among panelists who logged on to the survey and completed at least one item is 0.8%. The margin of sampling error for the full sample of 11,929 respondents is plus or minus 1.5 percentage points. 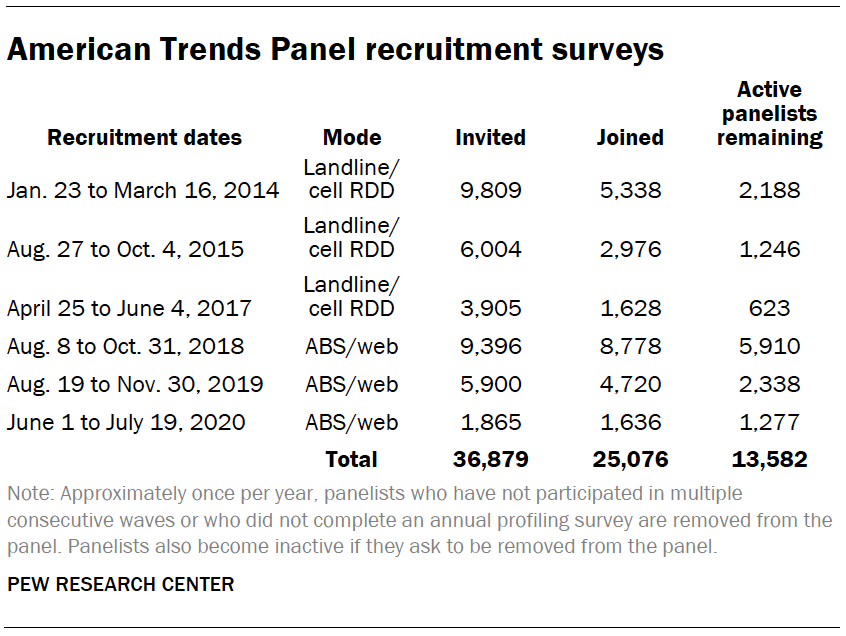 To ensure high-quality data, the Center researchers performed data quality checks to identify any respondents showing clear patterns of satisficing. This includes checking for very high rates of leaving questions blank, as well as always selecting the first or last answer presented. As a result of this checking, six ATP respondents were removed from the survey dataset prior to weighting and analysis. 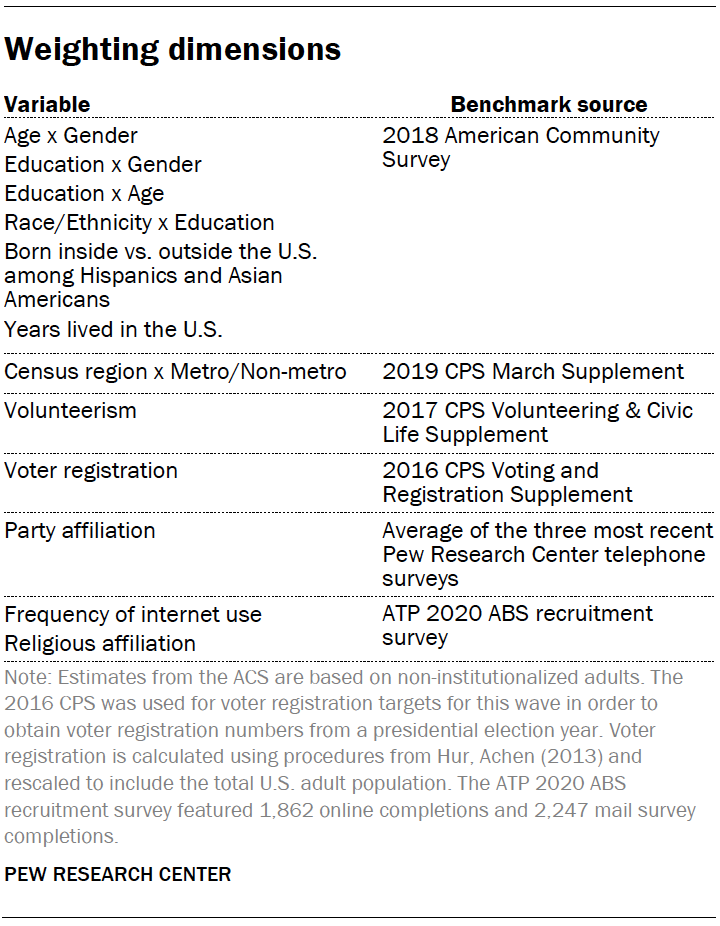 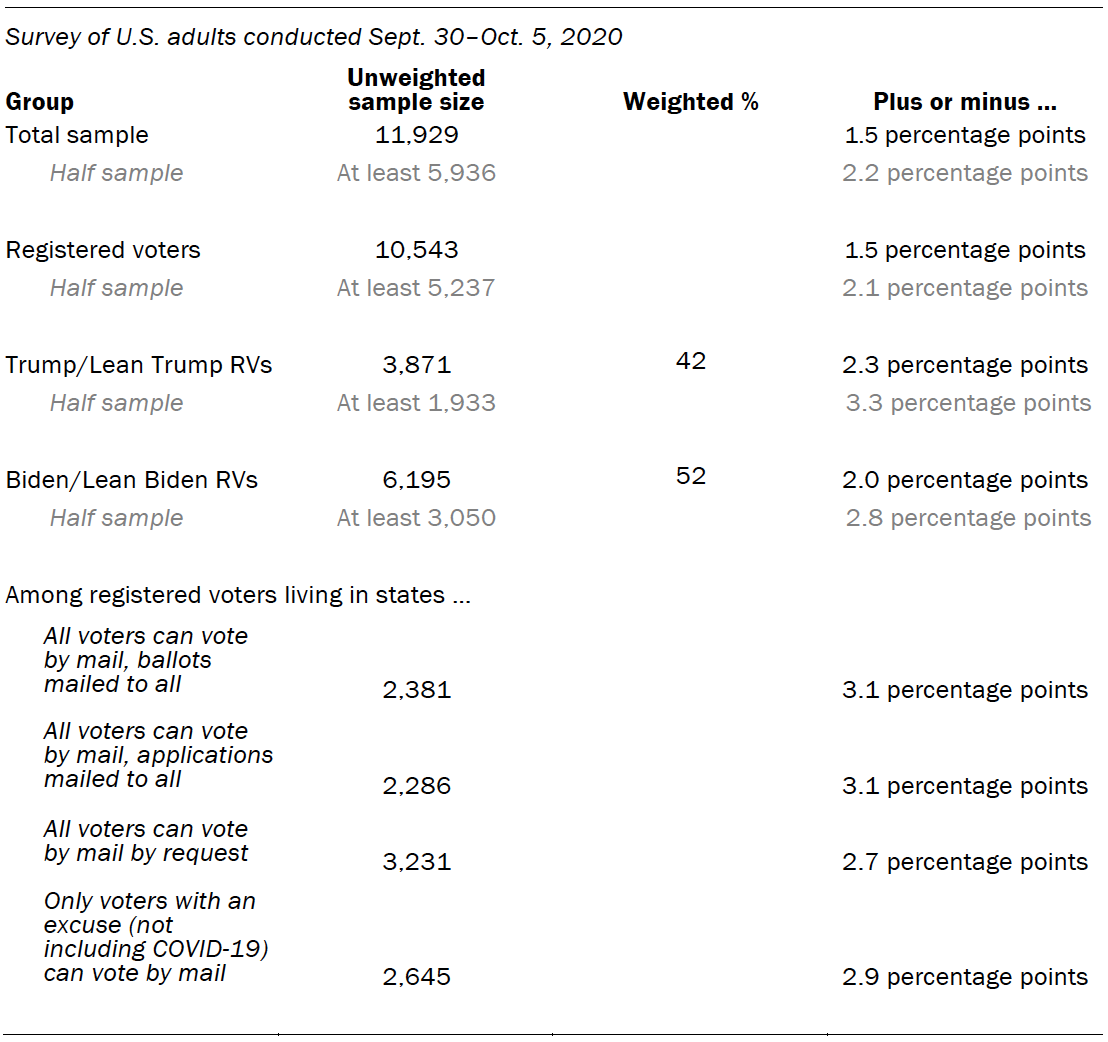 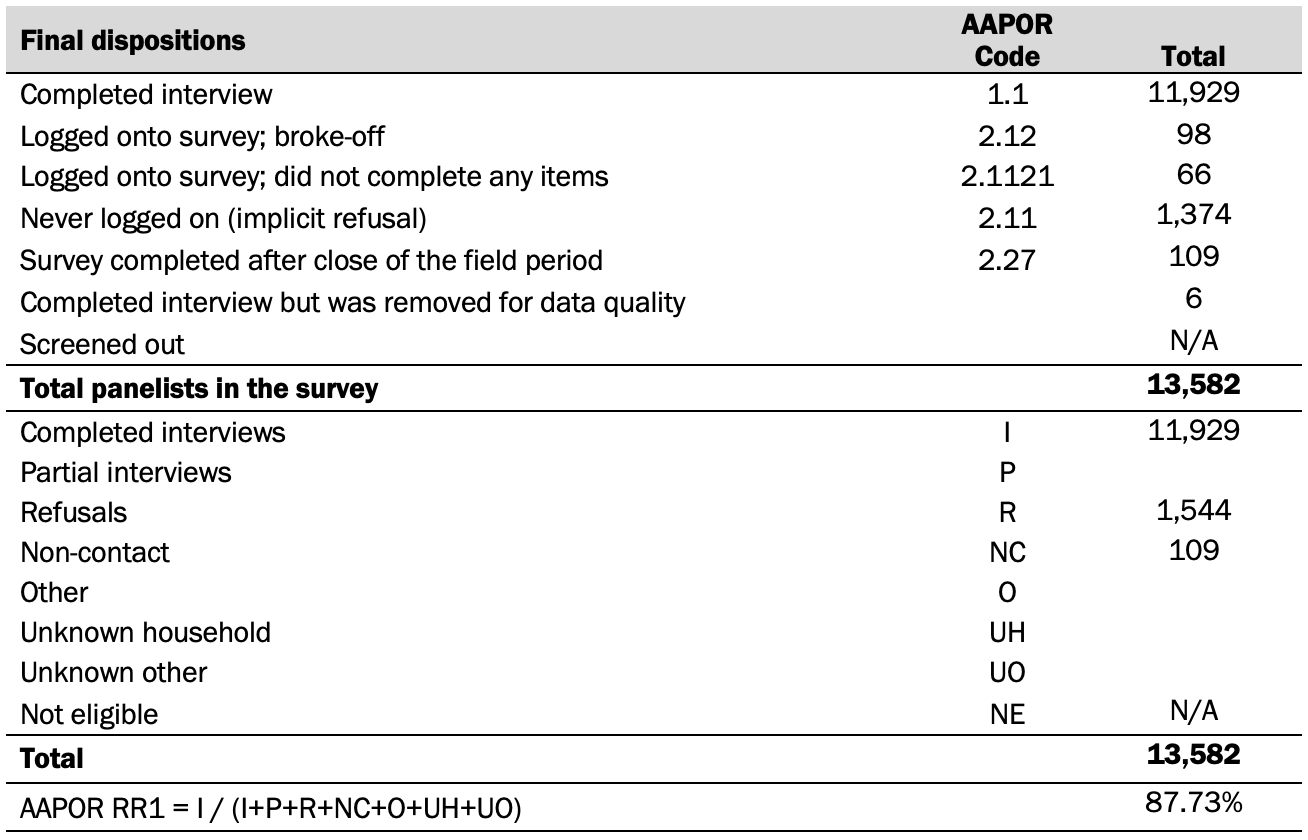