This appendix includes opinion measures about trust in the federal government, feeling toward the federal government and views of the size of government. These questions, which have long-standing telephone trends, were included on an American Trends Panel (ATP) survey conducted at the end of July and the beginning of August and on a roughly contemporaneous telephone survey. 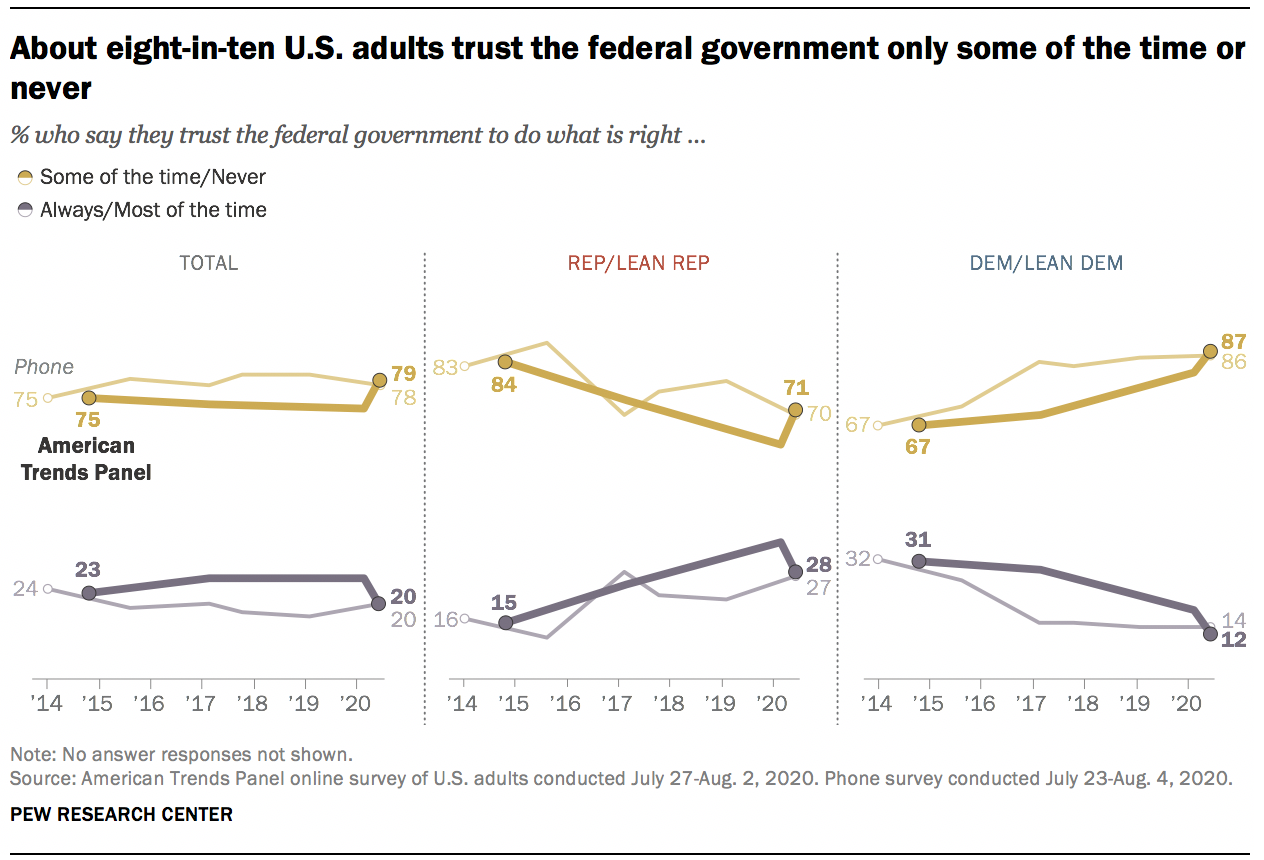 In the online survey, 20% say they trust the federal government to do what is right just about always or most of the time, while 79% say they trust the federal government some of the time or never. This is nearly identical to views on the phone survey (20% to 78%). This consistency between the telephone and online surveys is also the case within partisan groups.

Because trust in government as measured on the ATP has closely tracked trust measured on phone surveys since the Center began asking about trust online nearly six years ago, we are transitioning from using phone data to track this key trend to using ATP data beginning with surveys conducted during the current year. 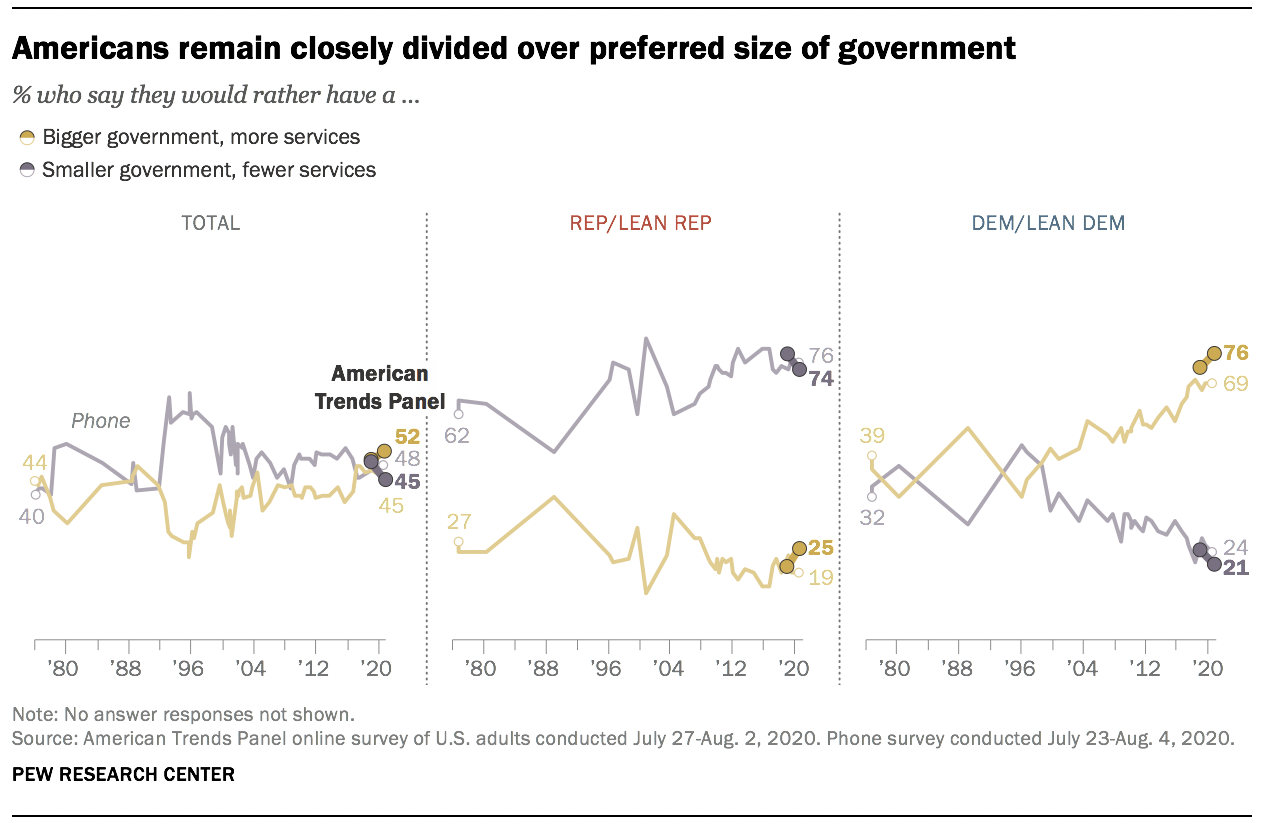