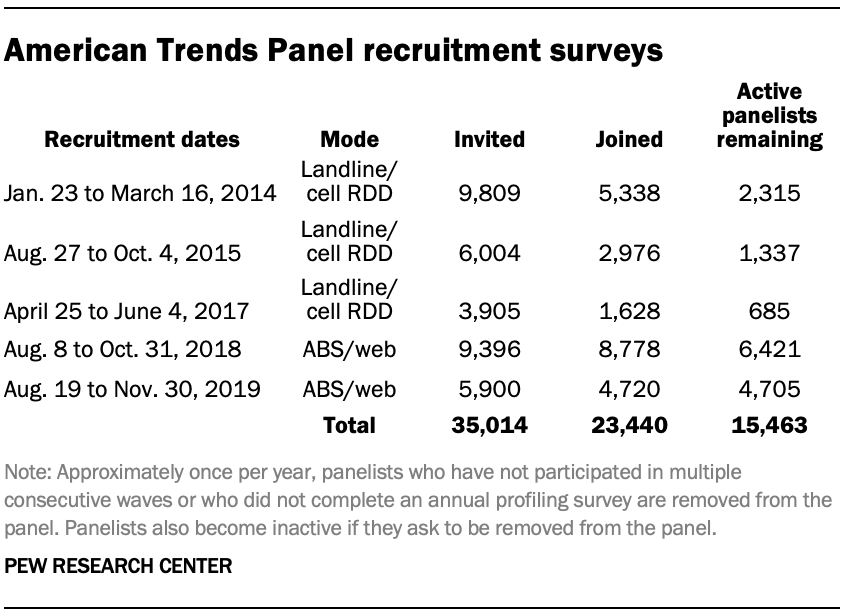 The U.S. Postal Service’s Delivery Sequence File has been estimated to cover as much as 98% of the population, although some studies suggest that the coverage could be in the low 90%range.1

Views of Nation’s Economy Remain Positive, Sharply Divided by Partisanship
Economy and COVID-19 Top the Public’s Policy Agenda for 2021
Most Americans Say State Governments Have Lifted COVID-19 Restrictions Too Quickly
International Surveys: What We Are Finding