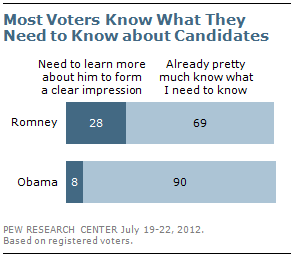 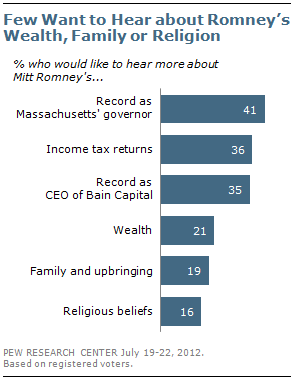 The latest national survey by the Pew Research Center for the People & the Press, conducted July 19-22 among 1,001 adults, including 798 registered voters, finds that overwhelming percentages of Democrats (93%), independents (91%) and Republicans (89%) say they already know enough about Obama to form a clear impression of him.

When it comes to what people want to learn about Romney’s record and background, the biggest political divide is over his tax returns. A majority of 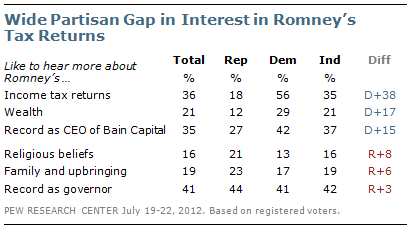