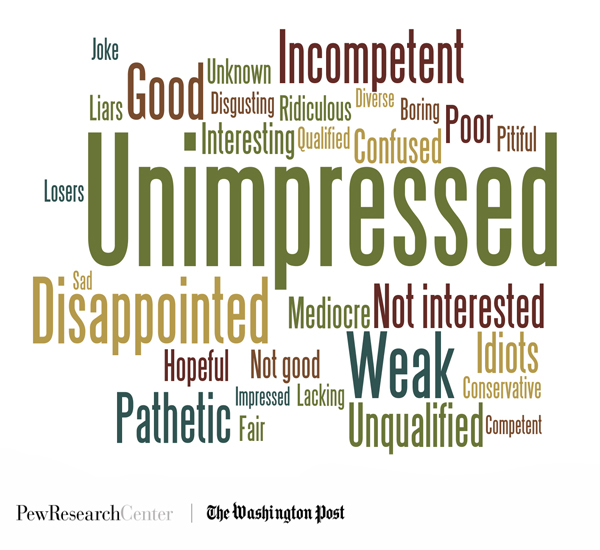 Americans have decidedly negative reactions to the candidates running for the Republican presidential nomination. Asked for a single word to describe the GOP field, the top response is a variation on “unimpressed,” with 42 mentions. 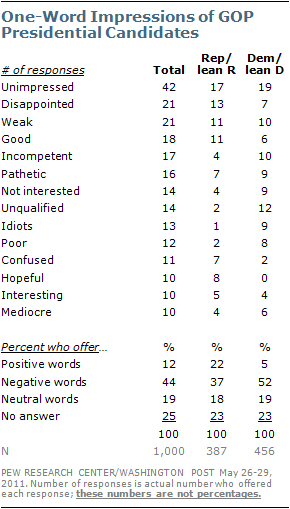 Aside from “unimpressed,” there also are frequent mentions of “disappointed” (21 mentions) and “weak” (also 21 mentions). “Good” is the most frequently offered positive word, with 18 mentions. Still, nearly as many say “incompetent” (17) or “pathetic” (16). These are actual mentions – not percentages – in a survey conducted May 26-29 among 1,000 adults by the Pew Research Center for the People & the Press and The Washington Post.